In Memoriam of Stuart McPhail Hall

Each crisis provides an opportunity to shift the direction of popular thinking instead of simply mirroring the right’s populist touch or pursuing short-term opportunism. The left…must adopt a more courageous, innovative, “educative” and path-breaking strategic approach if they are to gain ground.
–Stuart Hall and Alan O’Shea, “Common-sense Neoliberalism”

Editor’s Note from Paul Bové:
…We decided to gather responses to Mandela as a political figure. b2 issued a call for very brief papers from several spots on the globe and from different generations. Our contributors have given us reason to feel this attempt was a success.

The Future of Reading? Memories and Thoughts toward a Genealogical Approach by Hans Ulrich Gumbrecht

b2 Interview
History Unabridged: An Interview with Stefan Collini with Jeffrey J. Williams

Is Dasein People? Heidegger According to Haugeland by Taylor Carman

Passive Aggressive: Scalia and Garner on Interpretation by Andrew Koppelman 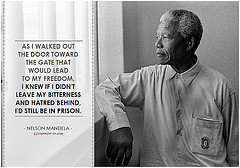