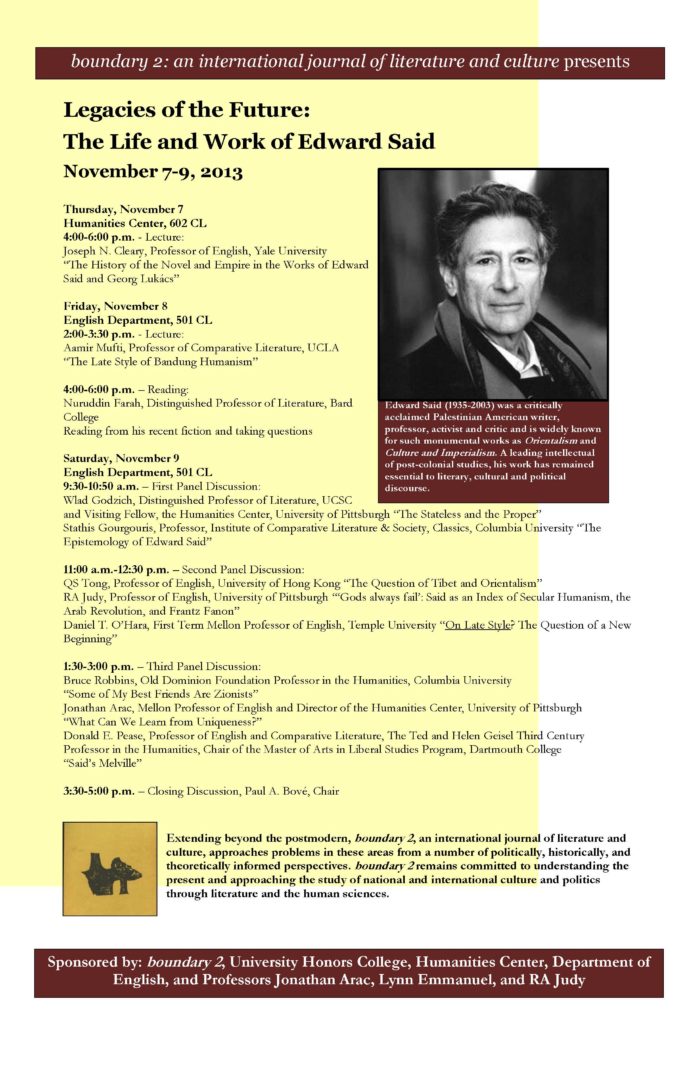 boundary 2 sponsored a conference at the University of Pittsburgh on November 7-9 2013 on the Life and Work of Edward W. Said.  We found an apt title in his work and we met to discuss his writings and his influence under the title, “Legacies of the Future.”  Edward W. Said was an important figure in b2 from the 1970s.  Some of us studied with or worked with him.  We all learned from and argued with him.  Rather than collect a set of talks from the conference, we decided to publicize our interactions by creating a bibliography of our written engagements with his work.

Get the bibliography of boundary 2 editors on Edward Said. 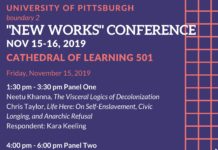 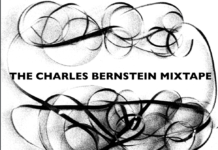 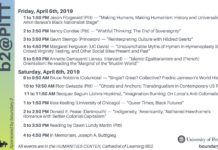