V21 invites us to take stock of historicism and its aspirations. The original manifesto singles out “positivist historicism”—that is, one particular version of historicism. Positivism assumes that genuine knowledge can come only through observation. It puts its emphasis on accuracy and data collection. A positivist epistemology assumes a separation of the knower from the known—a distance or gap between the knowing subject and the object of knowledge. A definition of a positivist historicism, then, might characterize it as the joint insistence on the observable data of the historical past—its objects, its records, its surfaces, its articulations—and a steadfast effort to separate that past from the interests and values of the present.

While it does not capture all historicisms, this definition does seem to me to describe many historicists at work today: those who labor to set the self aside in order to “speak with the dead,” to gain some understanding of the radical otherness of past through a careful attention to artifacts and documents. The positivist historicist understands presentism as not only an epistemological but also an ethical error: refusing grand theories and universalizing starting points, it encourages humility in and through specific observations of the dense alterity of the past.

It might of course seem ungenerous to single out this well-meaning approach, which is respectful to its core, but it is precisely positivism’s very pairing of obviousness and generosity that makes it difficult to defamiliarize. And yet, many of us who participate in the V21 Collective agree that the assumptions of positivist historicism have come to dominate literary scholarship as unquestioned norms, and have foreclosed other potentially valuable alternatives.

The conversation gathered here in boundary 2 explores one of the most foundational positivist assumptions. The effort to capture the specificity of the Victorians requires us twenty-first century scholars to recognize them as other and therefore to see them as belonging to a time cleanly distinct from our own. Broken into periods and nations, moments and regions, history looks like a sequence of delimited boxes, each to be understood separately and on its own terms. One crucial organizing principle for positivism, then, is its insistence on separability—subject from object, one culture from another, Victorians from the twenty-first century. This principle immediately raises all kinds of new questions: where do we locate the breaks; how do we know them as breaks; and how are they generated? And even more importantly, perhaps, what do the separable units of positivist historicism enable and what do they foreclose? What alternative forms of thought, knowledge, and historical relationship might open up other possibilities?

Deliberately refusing the strict separation between past and present, the V21 contributors here offer up deliberately strange and experimental chronologies: the not-yet, the thought that can take shape across texts from more than one historical moment, the knowledge of the past that we produce in order to produce ourselves, the past literally compressed into the present, the creative anachronism that could help us to reinvent ourselves. For Jesse Taylor and Jesse Rosenthal, history takes place in recursive and compressed forms, the past folded in on the present, the present flipped back into the past. Ellis Hanson and Anna Kornbluh do not presuppose humility and accuracy as primary values, but explore instead pleasure and utopian possibility—in place of a documentary looking backward, they invite a scholarly making with its eye always on the future.

What if history were not carved into separable units but understood to curl or bend? Hanson invites us to think with kink. Drawn from a Dutch word meaning a twist or curl in a rope, kink offers us history as a strange looping, where sudden hitches—kinks in the timeline—twist  presents into pasts and vice versa. Kink does not lend itself to moralizing; it does not pathologize. Most of all, kink is all about reveling in a vast and creative range of erotic pleasures: delirious, exploratory pleasures. It relies not on the longing that comes with separation but on twists, intensifications, reverberations.

In short, kink is not only an appealing way to imagine an erotics of art; it also implies a set of possibilities for approaching the past. Where desire is teleological, seeking to cross the boundaries of distance to reach the other, the tempos of kink can be repetitive, recursive, and interruptive. And where queer sets itself against a dominant other, taking “homophobia as its epistemological center of gravity,” kink pluralizes, travels across sites, revels in creativity and expansive fantasy.

Kinky historicism brings with it not only strange tempos but also strange materialisms: the planet’s atmosphere warmed into the future by ancient fossil fuels activated by industrial capitalism; the transhistorical necessity of built structuring artifices to enable human life—the recurring built environments of the zoon politikon; and the body as capable of present intensities not inevitably tied back to a primal scene or oppressive status quo.

Kink also calls into question the politics of resistance, which typically relies on the chronology of the break rather than the loop. In the present, so the story goes, the critic sees how oppressive structures, invented in the past, have now become so settled into place that they seem almost effortlessly to dominate us—they have that feeling of inevitability to them. It is only by puncturing or toppling them that we critics can create the promise of a better future. And so the three-part chronology goes: first, at some particular past moment, a structure emerged; then it got so established that it can now operate its oppressive force almost invisibly; next it must be revealed and then broken for the sake of progress into the future.

But what if, as Rosenthal argues, we scholars are producing the very past against which we imagine our own capacity for freedom—can we really understand ourselves as engaged in the labor of rupture and resistance? And what if, as Kornbluh insists, there is no social life without structure—law, architecture—which means that structure is not there to be smashed but will ongoingly organize us, endlessly made and remade?

In this iteration of a collecting thinking, V21 seeks to put kinks in the straight line of historical periodization that relies on the separation between then and now, between self and other. We ask whether we might not gain from setting aside the chronology of the unit in favor of the politics of the not yet, the kink in the timeline, the repetitive, recursive patterning of a history that does not make the cut.

Caroline Levine is David and Kathleen Ryan Professor of the Humanities at Cornell University.  She is the author of The Serious Pleasures of Suspense (University of Virginia, 2003), Provoking Democracy: Why We Need the Arts (Blackwell, 2007), and Forms: Whole, Rhythm, Hierarchy, Network (Princeton UP, 2015). 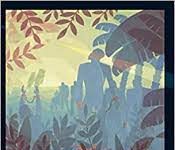 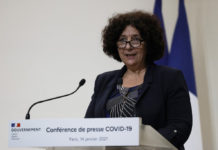