The book I’m proposing as a resource for thinking about empire, historical attachment, and V21 method, is Freud’s late paper “Analysis Terminable and Interminable.”[1] It’s an odd text in a lot of ways – and possibly was never, actually, a book in the usual sense of the word (oops): a return to clinical and technical questions after two decades spent exhibiting psychoanalysis as the centerpiece in a variety of theoretical tableaux; and we find Freud in Vienna, less than a year before the Anschluss would force him to flee to London, doubting at last that the utopian payoff of therapy, as he had understood it, was achievable within the analytic scene. The argument, which must be dramatically over-simplified given the time frame, is that transference, once thought by Freud to be a singular and punctual moment, proves all too often reversible; that the possibility of “terminating” an analytic procedure must be considered a practical one, rather than as an apotheosis. The metaphor to which Freud turns to describe the ongoing work of an interminable analysis is that of repairing dams built in one’s infancy; the “dams” (226) are the repressions and sublimations that protect the ego from the disorienting affects of trauma, built poorly by an as-yet-immature ego.

For all its technicality and complexity, it is a rich and richly deconstructive text that, were there time (and/or a market) for it, one could doubtless demonstrate the mutual constitution of terminable and interminable analyses. For V21, though, what strikes me is the implicit analogy (no doubt one determined in the final analysis by history: Freud’s increasing awareness of his precarity as an Austrian Jew on the verge of imperial annexation) between analytic work and traumatic repetition itself. That is, whereas analysis had initially claimed itself to be a new and distinct kind of repetition that would substitute for, and eventually displace, the symptomatization of trauma; Freud comes to doubt that this kind of repetition was essentially different at all, that the critical “working through” was potentially indistinguishable from the bad repetition against which he had always contrasted it.

This suggests to me the possibility of a further analogy – one indeed hinted by Freud in the suggestion that not just individuals, but “races and nations” (TK241 may make fit subjects for analysis – which I shall formulate in my own terms: our collective critical and ethical obligation to the past (whether figured as “reparation,” qua Sedgwick, “redemption,” qua Bersani, or as what “unexpectedly appears to man” qua Benjamin) entails, in its very insistence on historical difference, a de-historicizing of the present.[2] An interminable historicism would begin by abolishing the intrinsic distinction between past and present, and conceptualize therapy as an absolute temporality entailing future no less than past: something of this kind is articulated in Paul Saint-Amour’s Tense Future.[3] When Empire is the name we give to that temporality, we are not setting ourselves the task of fixing one or another dam: all our dams need emergency repair: a collective project.

To stand this interminable historicism on its feet, a question, and an answer to a different question, both concerning the contemporary “legacies” of British slavery: or, precisely, not “legacies,” in so far as that term assumes the death of a past of which we are legatees, but immanent effects. The question concerns Benedict Cumberbatch, and requires one to know (1) that he is arguably the most visible and fetishized standard-bearer for contemporary neo-Victorianism, through his exquisitely mannered performance as Sherlock in the contemporary-ish BBC adaptations; (2) that his ancestor Abram P. Cumberbatch was, following the 1833 Abolition Act, compensated for the loss of 232 formerly enslaved Barbadians, and a name which, to Sherlock fans connotes a gleeful English quaintness, has long served Barbadians as a synecdoche of plantation rule.[4] The question is: when I read Cumberbatch musing about moving to America because “no one minds so much [about class] over there,” and am reminded of C19 narratives of roguish men seeking their fortunes in the tropics for the same reason, is my paranoia located in the past or in the present?[5] And the answer, from Sir Hilary Beckles, publishing in the Jamaica Observer an open letter to the then Prime Minister David Cameron, himself a descendent of slave owners, on the occasion of his state visit to Jamaica:

I join with the resolute and resilient people of Jamaica and their Government in extending to you a warm and glorious welcome to our homeland. We recognise you, Prime Minister, given your family’s long and significant relationship to our country, as an internal stakeholder with historically assigned credentials.

To us, therefore, you are more than a prime minister. You are a grandson of the Jamaican soil who has been privileged and enriched by your forebears’ sins of the enslavement of our ancestors.”[6]

[1] Freud, Sigmund. 1967. ‘Analysis Terminable and Interminable,’ in The Standard Edition of the Complete Psychological Works of Sigmund Freud, Volume XXIII (1937 – 1939): Moses and Monotheism, An Outline of Psychoanalysis and Other Works. Translated from the German under the General Editorship of James Strachey, in Collab. With Anna Freud, Assisted by Alix Strachey and Alan Tyson, 209 – 253. London. The Hogarth Press and the Institute of Psychoanalysis.

[4] The Cumberbatch family history was widely reported around the release of Twelve Years a Slave dir. Steve McQueen (Fox Searchlight, 2013), in which Benedict Cumberbatch played the planter William Prince Ford. See, for example, Adams, Guy. ‘How Benedict Cumberbatch’s family made a fortune from slavery (And why his roles in films like 12 Year a Slave are a bid to atone for their sins).’ Daily Mail, 31 January 2014. http://www.dailymail.co.uk/news/article-2549773/How-Benedict-Cumberbatchs-family-fortune-slavery-And-roles-films-like-12-Years-A-Slave-bid-atone-sins.html 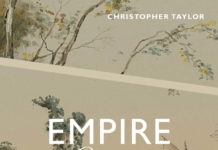 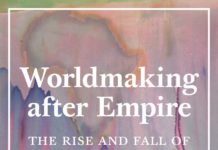 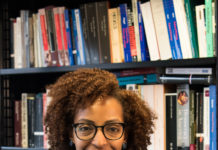 The Global Plantation: An Exchange between Adom Getachew and Christopher Taylor