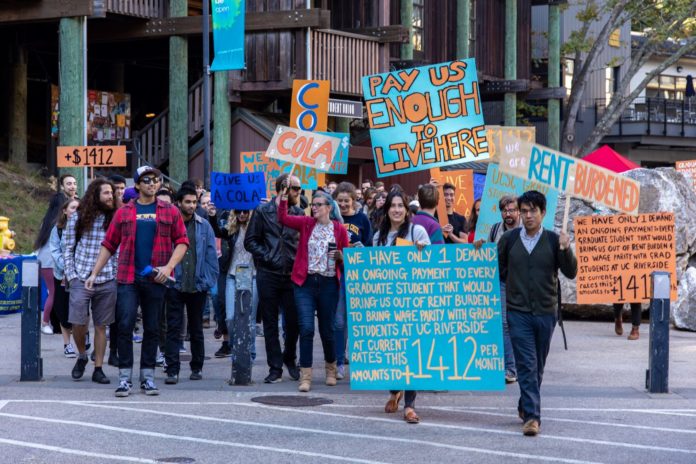 This essay is a part of the COVID-19 dossier, edited by the b2o editorial staff.

As an interminable spring gave way to an uncertain summer, the stewards of higher education at last stepped up efforts to mitigate the financial fallout from the COVID-19 health emergency. As long suspected, their remedy is austerian shock therapy.

Dredging up higher ed’s playbook from the Great Financial Crisis, university executives allege that only sweeping layoffs, freezes, and closures can salvage their institutions from the incursion of collapsing state budgets, unprecedented revenue loss, and inadequate Federal aid.

The reality, of course, is that such remedies are themselves unmitigatedly toxic. Austerity threatens to not only harm countless faculty, staff, and students during a time of need, but also strangle productive activity well beyond campus boundaries. In fact, contrary to the prevailing managerial wisdom, mass disinvestment in higher ed will by definition exacerbate, not ameliorate, the coronavirus depression.

A growing chorus of critics has arisen to contest the counterintuitive logics behind these lethal measures. François Furstenberg, for instance, has raised a red flag about newly announced cutbacks at Johns Hopkins University: “How does a university with a $6-billion endowment and $10 billion in assets suddenly find itself in a solvency crisis?”

Still, regardless of whether any hands are legitimately tied, if U.S. higher education is to overcome the COVID-19 catastrophe, critics will need to advance beyond autopsies of portfolio capitalism and wholly rethink university finance from the ground up. More important, the exigency of the present situation requires proceeding in the spirit of John Dewey and American pragmatism. We must learn by doing.

Our proposal is this: Universities can immediately circumvent feckless state & federal legislatures and finance themselves directly by issuing their own credit called “Unis” supported by the Federal Reserve.

As outlined by Modern Money Network Research Director, Nathan Tankus, Unis shall be issued as “University Payment Anticipation Notes.” Modeled on the better-known “Tax Anticipation Note,” the Uni will attain value as circulating money as a result of a university’s capacity to redeem them in future payments. Finally, the Federal Reserve needs to assist universities by extending its purchasing support for municipal debts, or “Munis,” to Unis, ensuring that Unis, too, are trustworthy and widely receivable.

The Uni, we submit, is no technocratic stop-gap meant merely to keep universities afloat during a pandemic. The Uni, rather, represents a thorough-going democratic challenge to the financial ideology that got the American university into the present crisis.

The Uni’s technical specifications may seem complicated. Beneath the specialized language, however, the Uni teaches a very basic, yet essential lesson about the nature of credit creation and what a university can genuinely afford.

According to the anemic microeconomics that have come to define university finance, credit is a private and scarce resource that permits a firm or institution to obtain money it otherwise lacks. An elusive “price mechanism” regulates credit’s supply, delimited by market investors’ willingness to lend. Financial viability, meanwhile, hinges upon balancing income against expenditures and debts. When revenue collapses in this sink-or-swim regime, reserves drain out and credit dries up. Barring government intervention, the result can destroy countless productive enterprises until markets mysteriously self-correct.

From this dismal view, today’s variously defunded and revenue-threatened universities stand no chance against a pandemic liquidity crunch. Fortunately, however, credit is in reality neither conditioned by such zero-sum premises nor doomed to their dire consequences.

In truth, modern credit allocation derives from a public finance franchise which, according to Cornell Law School’s Robert C. Hockett and Saule T. Omavora, is legally constructed, nominally inexhaustible, and readily transformable. “Contrary to contemporary orthodoxy,” they explain, “modern finance is not primarily scarce, privately provided, and intermediated, but is, in its most consequential respects, indefinitely extensible, publicly supplied, and publicly disseminated.”

The counterintuitive consequences of this analysis become clear when considering the operations of traditional private banks. In opposition to conventional misconceptions, banks do not act as intermediators for pre-accumulated capital, recycling private dollars by lending out deposits at a markup. Instead, as finance franchisees, banks command new production when lending by creating fresh, federally insured-credit on behalf of the U.S. government. Insofar as credit issuance is nominally inexhaustible, moreover, a bank’s financial viability is contingent, not upon some irreversible income-to-expenditure tipping point, but rather upon the embedded rules and values that shape the institution’s legal construction. For this reason, a bank could very well operate beyond the balance sheet, if it were, for example, legally licensed to prioritize communal and environmental investment over revenue generation and so-called “sound finance.”

Per Hockett & Omarova, “Reconfiguring our basic understanding of the financial system in this way is a necessary first step toward making finance work in a manner that aids, rather than hinders, inclusive and stable economic development. It underwrites explicit recognition that the public must take an active role in modulating and allocating credit aggregates across the economy. It also offers a bolder, more creative approach to designing new means of doing so.”

The Uni draws on this public capacity and exposes the untapped and frequently misdirected powers of banks in order to reclaim the American university for people and planet.

Thus, aside from their hazardous dealings on Wall Street, universities and colleges already function as preeminent choreographers of credit. The problem is that a punishingly private vision of finance has long concealed higher education’s real capacities and potentials.

By issuing Unis, universities assert and expand their rights as allocators of credit in their communities. They take responsibility for social and ecological wellbeing in the face of negligent legislators. Most important, they withdraw from capitalist speculation and refuse to place arbitrary fiscal strictures before education, health, and prosperity.

Likewise, the Uni must serve as an intersectional rallying cry, inviting fresh opportunities to remediate seemingly disparate and long-standing injustices. The Uni ought to foment democratic governance and participation from campus to surrounding neighborhoods. It needs to ensure generous and equitable support for students, staff and faculty. Above all, it demands diversifying the meaning of public service and education in ways that make Black and other marginalized lives truly matter.

Now is the time to demand full accommodation from a paradigm-smashing Fed.

While Congress sits on their hands, a learning-by-doing experiment is already underway at the Federal Reserve. With more than 40 million Americans out of work, the Fed appears ready to fulfill its congressional mandate to both maximize employment and promote stable prices. Indeed, the strongest signal that this time things can be different is the opening of the Fed’s new Municipal Liquidity Facility (MLF), which promises to buy both existing and future state and municipal debt.

The significance of this facility for universities will be determined largely by their ability to be as politically effective as banks, insurance companies, and the fossil fuel industry at adjusting the Fed’s terms and conditions to meet their own needs. First, university leadership must pressure state governors and legislators to use the MLF to stabilize local balance sheets, saving local economies and eliminating justifications for draconian cuts. Second, they need to petition the Fed to guarantee Uni liquidity.

To be sure, jump-starting the Uni does not necessarily require Fed accommodation. Universities can at once embrace their experimental ethos and fashion context-specific systems keyed to institutional mission statements and the goods and services they generate.

However, Fed accommodation remains our endgame. The combined severity of the crisis and Washington’s heedlessness make Federal Reserve assistance indispensable to stem cascading austerity, let alone to address systemic ills. It also reveals the Fed to be a central site of contestation.

So far, the first to seek Fed assistance include the State of Illinois, Port Authorities in New York and New Jersey, and the Metropolitan Transportation Authority, which operates the New York subway, busses, and commuter rails. If the Fed stands ready to save the New York subway, then we have pushed well beyond normative pearl-clutching about Fed neutrality as well as ideologically-laden claims that higher ed’s critical infrastructures are somehow undeserving.

When it comes to extending permanent purchasing support for the Uni, of course, the Fed is unlikely to comply without complaints, hearings and even trials. Yet politically speaking, motivating university leadership to adopt the Uni is by far the heavier lift. To do so necessitates mass mobilization and solidarity between faculty, students, staff and community members across many systems and campuses.

At the same time, however, systemic transformation demands organizers appeal to pragmatic concerns they share with university leadership, despite historic differences. After all, as Minnesota Fed chair, Neel Kashkari, now openly declares, “There’s an infinite amount of cash at the Federal Reserve.” This renders austerity not merely impractical, but also suicidal.

Scott Ferguson is associate professor film & media studies in the Department of Humanities & Cultural Studies at the University of South Florida.

Benjamin Wilson is associate professor of economics at the State University of New York at Cortland.

William Saas is assistant professor of rhetoric in the Department of Communication Studies at Louisiana State University.

Maxximilian Seijo is a Ph. D. student in comparative literature at the University of California at Santa Barbara. 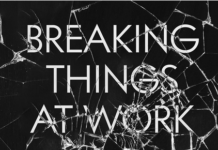 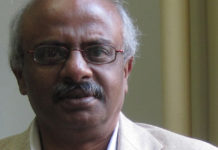 Aamir R. Mufti — Qadri and I: A Personal Remembrance