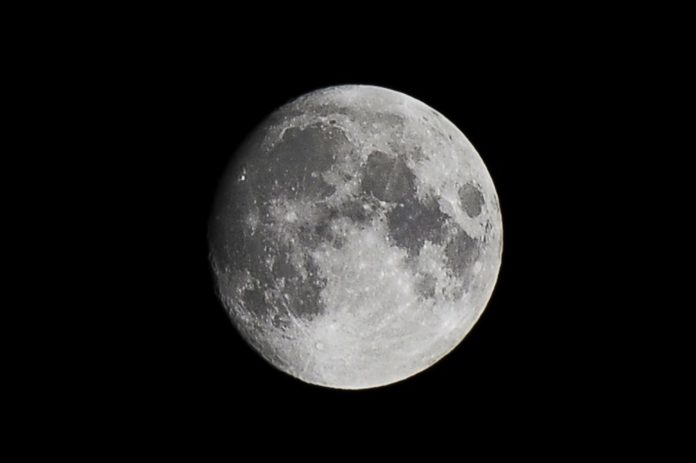 It is simply incredible, and had I not experienced it in the flesh, rather than in dreams, (where this stuff belongs), I would not believe any description of life in the United States since 2016. The character of these years, first of all, as if a spectacle unfolding elsewhere and detached from any language or gesture or principle of reality that I recognize and honor, will eventually find its narrators and historians, but the latter will live in another season of time and purpose from my own and my generation’s. In other words, this conjuncture not only marks an inflection point, but lays hold, I believe, of a whole new political grammar that must be grasped, not because we do not know the words, or the rules of syntax—we know them all too well—but because we can no longer fathom the uses to which they’re put, nor can we easily imagine the human personality who would be compelled by such uses. I do not comprehend: the so-called right wing in my country, QAnon, the 73 million Americans (a considerable number of them women), who voted for Donald Trump, Donald Trump himself, the plot to kidnap the Democratic governor of the state of Michigan, Gretchen Whitmer, the Fox News Network and its creator, Rupert Murdoch and whatever unspeakable animus or anguish that must drive this project, the antipathy toward masks, the rage at public officials in their effort to protect local populations from covid-19 infection,  and the vicious oversupply of partisanship, as expressed by the GOP. This drive-thru of complaint does not exhaust the list, which, collectively multiplied, would soar toward infinity, but it gets us to the right ballpark.

There are times when I fear to know what I think—in fact, I can’t even write it down in my diary here lately—and even resist its echoes from the minds of others; could it be some modicum of hold-over, atavistic superstition (fit candidate for Totem and Taboo?), that if you speak its name and conjure it up, it is embodied and becomes true? But by contrast, naming it also socializes it, as Kenneth Burke conjectured decades ago, perhaps disallows its sting and, therefore, propitiates and exorcizes it; in our time, Shoshana Zuboff, in her remarkable study of “surveillance capitalism,” argues that the “unprecedented” must be named and only by doing so do we move toward the mobilization of “new forms of collaborative action: the crucial friction that reasserts the primacy of a flourishing human future as the foundation of our information civilization. If the digital future is to be our home, then it is we who must make it so” (21; emphasis Zuboff). This fear of one’s own words is occurring in the context of surveillance capitalism, but the latter is not our primary concern here; what we’re fearing in the country at this moment, however, is precisely the alienation bred by what Zuboff calls the “unprecedented.” We are 16 days past the longest presidential election in our history, one of the most dangerous and contentious, and at this writing, the current president of the United States, who lost the election by 306 electoral votes that represent approximately 80 million Americans, has not conceded, but launched instead a systematic and unprecedented campaign to stay in office—essentially, the staging of what has been called an “auto-coup”—and the sole question that knots the stomach (as it has the entire tenure of his term of office) is what do Americans do now. Wishing for the moon, or some other planet, will not help! But facing what must be faced entails danger precisely because our circumstance today has no precedent and thus no name.

Starting with the presidency itself, this current iteration bears no resemblance to any single instance of modern American political history that I can think of, however inadequate the person of the president has been from time to time. I would go so far as to say that Americans these four years have not had a president at all, but, rather, a place holder, or one might even say president-for-lack-of-a-better-word. The Trump term of office has exposed the sheer fragility of a constitutional democratic order, which must rely on the power and force of an idea; the unwritten agreement between its stake-holders, its citizens, and those who govern them, about what constitutes political reality; the consent of the governed, and the consonance of values among all the principals—the governed and the governing. One of the most disturbing features of these years has been precisely the dramatic reminder that these elements of cohesion are neither imprescriptible, nor written in the stars. What we now realize with renewed poignancy is that their orchestration has never evinced perfect balance and harmony, but enough of the latter has played throughout all the darkness and disharmony that hope in American democratic possibility has never felt displaced. One had rather “forgotten”—and it is the lapse that a degree of comfort breeds—that these arrangements are exactly so and as such can come undone. This marked unraveling of an inadvertent inattentiveness is nowhere more palpable than in the loud intrusion of the persona of the presidency into the everyday life of the citizen—his violent abuse of the powers of office as a constant feature of the twenty-four hour news cycle. The indefatigable storm and stress of conflict and the rupture of routine coming from the Commander-in-Chief himself broke in on everyday life with such persistence that the stunning outbreak of sickness and death in the closing months of the term seems somehow fitting as the fatal, indelible mark of years that we will remember as a colossal civic blunder–or was it?

The question is occasioned by a shadow of doubt that would suggest that Donald Trump, for all the disarray and nausea that he inspires, did not spring up in a vacuum. The ground of his emergence was actually seeded at least decades ago, not only in quite obvious instances like “the scoundrel time” of the McCarthy era, closely followed by the Nixon presidency and the apodictic rise of the partisan “consultant” and “strategist,” with their endless “dirty tricks” and pliable morality, but also the less obvious deviations of the Reagan White House and its seductions: Recall that the “southern strategy,” the deliberate appeal to states’ rights and anti-black sentiment, sits at the very heart of Republican politics as a counterweight to the Civil Rights Movement, an outcome that Lyndon Johnson, in the aftermath of the Civil Rights Bill of 1964 and the Voting Rights Bill the following year, presciently understood avant la lettre. Reagan launched his bid for the Oval Office in 1980 from Philadelphia, Mississippi, an active locus of civil rights struggle and the murder of the trio of young activists, James Cheney, Andrew Goodman, and Michael Schwerner in the summer of 1964. As Republican “dirty trickster,” Lee Atwater, understood, one didn’t have to utter “nigger” umpteen times in order to drive home his point, and I should think that an appearance in Neshoba County, Mississippi, less than two decades later by a leading Republican contender, would speak as eloquently as a racial epithet, if not more so, for all its subtlety, just as the “Willie Horton” ad of Bush the Elder’s presidential run said all it needed to say a little less than a decade later. Bush’s appointing a staunch conservative to the United States Supreme Court in the fall of 1991 to assume the seat of Thurgood Marshall, a pioneer in the legal struggle for black rights, remains, to my mind, one of the most hateful acts of cynical mockery and outright racist antipathy of the late twentieth century. By the time the presidency enters the new millennium, riding the wave of constitutional “originalism,” a true fraud of American democratic order, as I see it, the outline of Republican misrule and its propensity for authoritarian charms has evolved into a repertoire of dubious practices that operate under the color of law. Against this backdrop of dishonor and injustice, everywhere supported by a scaffold of lies and millions upon millions of revanchist dollars, the awful story of the U.S. Senate’s brazen mistreatment of Appeals Court Judge Merrick Garland at the tail end of the Obama presidency opens wide the gates of hell for any old embodiment to stroll through, and it did.

Looking around the room, then, for a single, definitive point-of-departure simply will not do; there are several. For one thing, the country’s media sources, especially the major networks and cable companies of the television industry, advanced the persona of Donald Trump to a degree of visibility and significance that it might never have achieved beyond “The Apprentice” reality-tv series and the tabloid reputation of a local Manhattan “playboy,” known for the “prenuptial agreement” and the noisy, sophomoric changing of wives. In other words, systematic media attention, from the launch of Trump’s presidential campaign to the present moment, not only afforded him critical, free advertising, but also put him before the public auditory as a kind of necessity. As of 2015 and the famous escalator descent, no gesture of his, from silly tweets to golf outings, has failed to be repeated and amplified in a sickening, ubiquitous loop—as late as this Thanksgiving, well after the November presidential election and Joe Biden’s victory, CNN, for example, has still persisted in covering his ridiculous ravings about “massive voter fraud,” the “theft” of the vote, and how, in time, the “evidence” would be revealed, if only a court that would treat him fairly could be found, somewhere. The Thanksgiving newscast and the endless repetition of programs like it simply extend post-election angst, feed the unrelenting outrage of Trump’s most ardent supporters, and do nothing to heal the dangerous rifts that now sit athwart the body politic. But televisual logic, as though detached from human choice and thinking, proceeds on autopilot in the pursuit of top ratings and advertising dollars. Exactly what debt of sociality is owed to the public by various media constitutes not only a critical inquiry concerning cultural production and its widest distributive patterns—in other words, how their dissemination and content participate in processes of educating—but it is also the nexus that is denied: a breach falls between them with media and their decisive commercial interests on one side and the public and its stake in bildung and literacy on the other, as never the twain meets. What accounts for this unconscionable refusal and its perdurability, generation in, generation out? And can a direct line be drawn between our incomplete intellectual meditations and mediations and the excess of gullibility that has captured sectors of the American public?

Perhaps the single most disturbing feature of the current conjuncture is the extent to which the Trump years have been enabled by the substantial and craven complicity of Republican politicians. Without the silent endorsement of a Republican-led Senate and well-placed Republican figures at every step along the way, much of what the country has been through might have been avoided; but how does the public respond to a political party that has degenerated—for all intents and purposes—into the behavior of a criminal gang, operating at the behest of a strong man? The U.S. Constitution does not necessarily offer guidance here, nor does it anticipate the deterioration among interlocutors of a dialogue that is predicated on the mental availability of the principals. The Biden years opening before us must navigate this bleak evacuated terrain, and not a single American will be able to escape the implications of the journey.

Zuboff, Shoshana. The Age of Surveillance Capitalism: The Fight for a Human Future At the New Frontier of Power. PublicAffairs Hatchett Book Group, 2019; quotation at p.21.