On Words Will Break Cement: The Passion of Pussy Riot 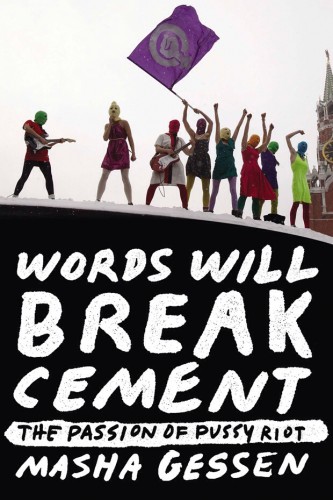 “Given Gessen’s record of critiquing Putinist repression of civil society, particularly surrounding questions of gender and sexuality, the book adds to the conversation on resistance to authoritarian regimes. Words Will Break Cement will likely appeal to a mixed audience: general readers curious about the formation and motivations of this guerrilla-style punk rock art collective, as well as scholars interested in unmasking the theory underlying Pussy Riot’s attempts to deconstruct both epistemological and political systems of power.” Continue Reading.

~a review by Alice E.M. Underwood

A Political Companion to Herman Melville

“Current scholars, including those anthologized in Jason Frank’s A Political Companion to Herman Melville (2013), cannot resist pursuing Melville’s oeuvre in ways that make Melville and the political questions raised by his texts present for readers today. But, what comes of these endeavors? One only has to consider Andrew Delbanco’s Melville: His World and Work (2005) to find an answer.” Continue Reading.

~a review by Trisha Brady

The Lenses of Failure

“The pit has a mossy patina, as if it was once a well for giants that now lies parched after drinking centuries of Majula’s sun. Its surface is smooth save for a few distant torches sawing at the dark and several crossbeams that bisect its diameter at uneven intervals. Their configuration forms a makeshift spiral ladder. Corpses are slung across the beams like macabre dolls, warning wanderers fool enough to chase after nasty little vermin. But atop the first corpse gleams a pinprick of ethereal light, both a beacon to guide the first lengthy drop and a promise of immediate reward if one survives.” Continue Reading.

~a review by Nathan Altice