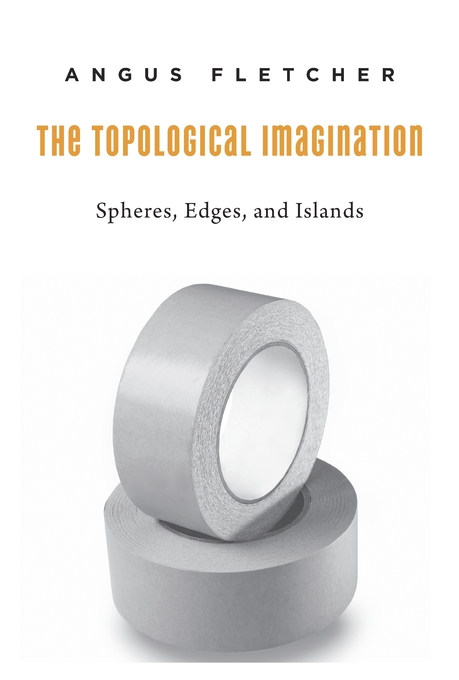 This essay has been peer-reviewed by the boundary 2 editorial collective.

The Topological Imagination:  Edges, Spheres, and Islands appeared in April of 2016, just half a year before Angus Fletcher’s death.  Topology is, in his view, principally “a theory of edges”—the edge being, like the horizon, something the mind invents and plays with, translates, dissolves, and hardens, rather than something merely found in nature.  Like all of Fletcher’s books, starting with Allegory:  The Theory of a Symbolic Mode (1964), this last book is centrally about the shape of our imagining, in this case our imagining of the earth and our own life on earth, the radicality of our place here.  It is in this “an essay in praise of the most unusual sphere ever imagined,” as he says at the close.  He means the earth, of course, but also our minds of earth, our earthly minds.  Indeed, the book asks us to re-imagine our imagining, to see better its shapes and stakes.  Fletcher wants to consider how the imagination takes in the nature of change and stability in change, also the imagination’s ambitions toward wholeness.  He wants to educate our imaginations in the need to embrace adaptive, emergent patterns of thought that yet honor the “bass note” of terrestrial existence, our ties to diurnal cycles.   It is, he writes, about “diurnal thinking,” a redeemed journalism such as he finds in the poetry of Walt Whitman, master of waveforms and lists, the “middle voice.”

The book is complex, often daunting in its compression and rapid leaps of association.  Old preoccupations come into play throughout:  Giambattista Vico on the primitive poetry that shapes law, history, and culture (forms shaped as much by fear as desire); Samuel Taylor Coleridge on the haunted nature of thresholds and crossing thresholds; I. A. Richards (Fletcher’s cherished thesis advisor at Harvard) on the “disparity action” of metaphor, its way of marking strange difference as much as similarity.  You also can see the book’s continuities with the account of horizons and the nature of descriptive poetry that Fletcher develops in A New Theory for American Poetry (2004), especially in his analyses of John Clare—the feeling Clare gives us, as John Ashbery puts in “For John Clare,” “that the sky may be at the back of someone’s mind.”  The Topological Imagination also shows an ever-deepening engagement with scientific and mathematical thought.  Fletcher dwells at length, for instance, on the eighteenth century mathematician Leopold Euler’s invention of “the edge,” basic to his founding of what was only later named “topology”—that branch of mathematics which studies shape and place, particularly (as opposed to geometry) those aspects of natural or made form which survive despite that form’s being bent, deformed, or stretched.  Playing out these pre-occupations, Fletcher explores Rachel Carson’s dark reflections about life and death at the shoreline, the living edge between sea and land.  He further considers the quantum theorist David Bohm’s work on the “implicate order” of the physical and mental world, on James Lovelock’s controversial “Gaia hypothesis,” on Vladimir Ivanovich Vernadsky’s posit of the “biosphere.”

There are also many instances of what Kenneth Burke calls “representative anecdotes.”  At one point, to illustrate the mysterious yet pragmatic implications of topology, Fletcher describes what it meant when astronauts on the damaged Apollo 13 were challenged with making (or re-making), out of the few available materials, a shaped tool by which to breathe in their capsuled environment circling the terrestrial sphere.   (The sculpturally arranged rolls of duct tape on the book-cover allude this event.)  Looking to his own life, Fletcher makes vivid what is involved in the policing of borders, and the misunderstanding, madness, and even comedy this can provoke on all sides, in a story of driving back and forth into the Eastern Bloc, during a trip to an academic conference in Russia in the 1960s.

Trying to cross or build bridges between realms of thought too often separated, the book broods on what it means for us “to be inside a world that is also inside us,” a situation that marks for Fletcher “the mysterious dimensionality of our existence.”  The Topological Imagination is a book that includes a complex meditation on the many boundaries, edges, cuts, walls, thresholds, and horizons that shape our experience.  Fiercely skeptical as it is, the book also asks us to take seriously a model for a kind of idealism that doesn’t slander time, or the life of earth, by banking on violent, rigid models of truth, narrowly framed (and hence destructive) explanations or maps of cause.