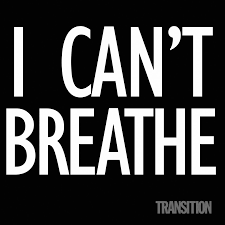 When I grew up in Atlanta, the police were known as “the laws.” I grew up hearing about the “meat that takes directions from someone.” The laws were as terrifying and unknowable as evil spirits. They controlled and judged. I heard stories of the patrollers who could get you if you were found walking outside at night. But they could be anywhere. The laws. Driving down to Florida, you knew where not to stop, which gas station to avoid, when not to turn and look at a red light, how to get to where you were going.

Until I left the South, I never felt safe. And now that I’ve returned, I still see the men in trucks, driving down the street like they owned the world. They are smiling. It’s what my mother called “a shit-eating grin.” Some of my neighbors talk about what might happen after sunset. They’re not afraid of police. I keep quiet. I am afraid of them.

George Floyd is dead because Derek Chauvin killed him, in close collaboration with three of his police colleagues. Of this there is no doubt, and it will be confirmed as fact when they eventually go to trial and are convicted on charges that go little way to match even the illegality, to say nothing of the brutality and savagery, of their crimes. That will not be the end of the story, for they are white and Floyd was black. There will be propaganda from the policemen’s union. That has already begun, with the union leader spewing out bile designed to get his men off the hook. There will be appeals. The (now ex-) police officers will spend some time in prison. Then, on release, they will, given how these things work in the United States, find their way back into gainful employment. That will probably be in some form of policing. That is what happens in more than fifty percent of such cases; and this inevitability represents the racism and oppression based on color that structures this country.

What are the deeper and more structural aspects of this racism and oppression? No one, no American, no one armed with a big gun, no other American police officer except, just possibly, a direct superior of the four killers who was actually known to them, not the governor of the state, not even the president of the United States, could have stopped these police officers from killing George Floyd. Eight minutes is a long time, but it is short enough to kill a man, slowly. Physically intervening would have been dangerous, risking the life of anyone who tried.  It is risky to get involved when a heavily armed gang of four killers is busy killing someone, and when those gang members are policemen it is even riskier.

That makes this particular killing sound like another anonymous murder in the druglands of Mexico, or the favelas of Brazil, or the excesses of the military dictatorships of Latin America before democracy returned, or the terror of Duterte’s Philippines.  But while all those cases are painted bright in the colors of the American flag, this one is right here.  And while all those cases represent extra-judicial, illegal forms of action, the case of Derek Chauvin represents legality at its worst.

Legally intervening to save George Floyd’s life was impossible. Interfering with the actions of a police officer in the United States is legally a crime. There might be cracks on this round the edges, but the central fact, all over the United States, is that you cannot interfere with a policeman killing a black man—executing his duties, as he sees them—without risk to your own life and limb and freedom.

The real story here is about police power and its effects on the lives of Americans, white as well as black, and the character of the United States as a country that tells itself—no less than the rest of the world—lies about what it is, what it stands for and how it stands for it.

The ghost of slavery is built into our legal language and holds our prison system in its grip. To the extent that slaves were allowed personalities before the law, they were regarded chiefly—almost solely—as potential criminals. During the second session of the 39th Congress (December 12, 1866-January 8, 1867) debates raged on the meaning of the exemption in the 13th Amendment to the Constitution. It abolished slavery “except as punishment of crime whereof the party shall have been duly convicted.” The parenthetical expression guaranteed enclosure, a bracketing of servitude that revived slavery under cover of removing it. Those who were once slaves were now criminals, and forced labor in the form of the convict lease system ensured continued degradation. As Charles Sumner warned, the locale for enslavement would move from the auction block to the courts of the United States.

This piece was originally published in Transition (2015) in the issue “New African Fiction”: “I Can’t Breathe,” included with other responses to the murders of unarmed black Americans by police.

Hard to write what I want to say. Knowing that my words can’t even get close to righteous response. I remember Birmingham and Jackson and being a child in Atlanta in 1963. What is happening now is different. It might be more pernicious, more lasting, less easy to combat. No Civil Rights Act can stop it. Trying to put into words what these murders of blacks—by any white person, police or not—tell us, I sense a desire to repeat the racial tags of our American history, a litany of law that seems like a series of death announcements that always precede and continue to haunt the bodies left lying on the street losing blood unable to breathe talked over and done in.

But instead I can only say what I keep thinking about: How the most well-intentioned and reasonable folks end up abetting the state of fear and atrocity, terrifying because commonplace—easily as tactful as de Blasio’s call “for everyone to put aside political debates, put aside protests, put aside all of the things that we will talk about in due time.”
I remember Nina Simone’s words in “Mississippi Goddam,” “Keep on saying ‘go slow.’ ” Who has to slow down? How long is due time? Real terror plucks us by the sleeve and comes along naturally, forever just occurring, always perceptible just at the edge of our vision. What terrorizes is this casual but calculated disregard. A terror relayed not by
the dogs, hoses, and bombs in the new South of the sixties, but by the near nonchalance of legal murder anywhere in the United States today: as if these living breathing black citizens, now dead, were not supposed to go about their lives, walk down the street, stand on a corner, put their hands in their pockets, take a toy gun to the park, go down the stairway of their own building—breathe.

Colin Dayan is a member of the American Academy of Arts and Sciences as well as Robert Penn Warren Professor in the Humanities at Vanderbilt University. She has held Guggenheim as well as other distinguished fellowships.