I think it would be a real mistake to imagine that we are now entering “life after Trump.” Although Trump’s presidency did rupture something in American life by ushering in a scary new day for American fascism, the roots of Trumpism took hold long before Trump took office, and the impact of the Trump-effect is far from over. The Trump era has taken us dramatically and I suspect irrevocably Beyond the Reality Principle.  The possibility of “life after Trump” would need to be an actual reckoning with the painful realities that face us (climate change, the enduring legacy of slavery, the carceral system, poverty) rather than a nostalgic wishful hope that we can simply return to the way things supposedly were “before.” Joe Biden won the election not by being Biden but by not being Trump. The idea that Biden could simply “make America a democracy again” is itself a fantasy that invests in some of the very same myths about American political life that Trump exploited for his own populist, racist, and fascist ends. Trump not only violated political norms, institutions, science, facts, and trust but was rewarded for doing so by the Republican leadership and by more than 72 million American voters.

We need to take up the challenge of understanding why Trump’s assault on the reality principle was so effective and so appealing to so many. Why—after more than four years of his abhorrent rhetoric and political tactics, has political resistance to him—from both the left and the more traditional right—been so feeble? 72 million US citizens voted for Trump. Some of those people fully embrace his toxic rhetoric and his warped world view. Others claim to have made a rational decision to vote for him by pointing to his economic policies or his support for American businesses. In fact, however, given his blatant and triumphant disregard for the truth, facts, the constitution, and the rule of law, one could not vote for Trump without also voting against the reality principle. Every vote for Trump was also a vote against truth.

In this domain, the opposite of truth is not a lie, but a wish. Trump peddles magical thinking and weaponizes Freudian dream logic. Unlike most other fascist leaders, he doesn’t give a damn about politics, policy, or ideology. He doesn’t believe in anything other than his own perverse infantile fantasy of phallic infallibility. But what we must work to understand is how and why his grandiose and simplistic pronouncements touched so many people so very deeply.

Denial is his super-power. His refusal—or inability—to respect any prohibition, restriction, or limitation of his own will-to-power apparently enthralled his admirers. His seemingly unlimited capacity to demand that the world bend to his infantile view of it inspired his followers to join him on the path beyond the reality principle. He made those people feel that he recognized their distress and that he—and he alone—could make it go away. Most of his promises were absurd: Mexico will pay for the wall; the coronavirus will vanish by Easter. But it is as if the very absurdity of these promises only further cemented his power. He dared to express impossible wishes. Trump’s grip on his own fantasy is like a twisted reversal of the Lacanian dictum not to give way on one’s desire. He never ever concedes to the reality principle. It is through the prism of this denial that he touched so many. We must take the measure of the despair, anxiety, shame, helplessness, and fear that underlies a vote for Trump. 72 million people voted for him because he promised them a way of escaping, denying, or avoiding some aspect of reality that had indeed become unbearable. There is an important truth to be reckoned with here: what if those people needed his absurd promises precisely because certain aspects of reality have become unthinkable and hence unbearable. The omnipresent specter of climate change and global warming, for example, cannot be processed by individual psyches because there is little—if anything—that individual people can do to stop the devastation that hovers on the horizon. Quotidian survival requires that we deny the magnitude of that devastation. In the case of climate change, denial of reality only accelerates and exacerbates the very reality that it aims to deny. The thread that connects all of Trump’s supporters (whether they are white supremacists, white collar capitalists or workers in obsolete industries) is a need to ward off acceptance of a loss that is disavowed because it is felt to be unbearable. Trump apparently relieved people of the responsibility and the burden of facing reality. His utterances are both absolutely (and impossibly) performative and completely unreal. His shamelessness absolves people of their shame.

Trumpism not only altered the terms of American political discourse by undermining truth, facts, science, expertise, precedent, norms, decency, and trust but he also waged an assault on reality itself.  We need to understand how he transformed his own personal denial of reality into a collective fantasy that effectively altered the political landscape. His denial of reality did in fact create a new reality. It is this new reality—the reality of “fake news” and “alternate facts”—that has become the hallucinatory norm.

Everything Trump says is literally incredible. “Like you wouldn’t believe” is one of his favorite phrases. One doesn’t need to have a psychoanalytic sensibility to appreciate the double-edged dreamlike duplicity of this expression. Meant as a variation of one of his standard hyperboles (everything he touches can only be the greatest, biggest, the most tremendous, etc.) the expression “like you wouldn’t believe” openly avows that the reality being hyped requires an act of belief precisely because it is unbelievable: it is beyond the reality principle.

Trump deploys reversal as a political tool. He contests every bit of reality that threatens to expose his lies and misdeeds as “fake news” and then disseminates his own false counterclaims via social media and conservative TV. Over time, the infusion of so much noise (flooding the zone with shit as his aide Steve Bannon famously put it) has transformed the public sphere into a vertiginous hall of mirrors. All news is potentially “fake news” so there is no news. The internet is the perfect delivery device for disinformation. It soaks up distorted wish fulfillments and amplifies them through endless replication.

As in a dream, there is no negation on the internet. Disinformation is always already viral: viral communications cannot be destroyed, negated, or contained. They can only be refuted by the presentation of “evidence” that comes from a reality that has no bearing whatsoever on the life of what transpires in the viral dreamscape.

Trump is not merely an aberration of American political life; he is also a symptom of it. He reflects at us the image of what we have become and exposes the wishfulness and the denial in those (like me) who still harbor sentimental fantasies about the checks and balances that supposedly guarantee democratic institutions, the court system, and the rule of law.  Over the past weeks, it has become a commonplace for people to observe that this election “stress-tested” the electoral process and that “the guard rails” have held.  But from what I saw, we just got lucky. The disaster may not have been averted, merely postponed.

So now we find ourselves in an odd limbo. We have moved so far Beyond the Reality Principle during the Trump years that it is difficult to imagine a possible return to what intellectuals now quaintly refer to as the norms of political life. Personally, I don’t think that there can be a return to a world before Trump. That world no longer exists, if indeed it ever did. Instead, we need to invent another relation to reality; one that is neither bound to “cruel optimism” (to invoke Lauren Berlant’s felicitous phrase) nor paralyzed by the necessity of recognizing the limits of personal and state sovereignty.

As far as I’m concerned, this post-election season has been like a bad dream from which we have yet to awaken. This last and most recent phase is like the dream-within-the-dream when you dream that the nightmare is over but it’s not. Because none of the things that we have seen go down in the last month should be thinkable or possible. So just because the worst possible outcome didn’t fully materialize doesn’t in fact mean that the threat is not real and ongoing. The world that awaits us demands that we traverse that fantasy and awaken to the challenges of imagining a different and more livable new reality. 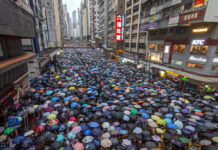 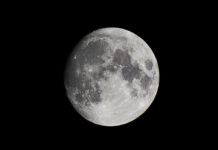