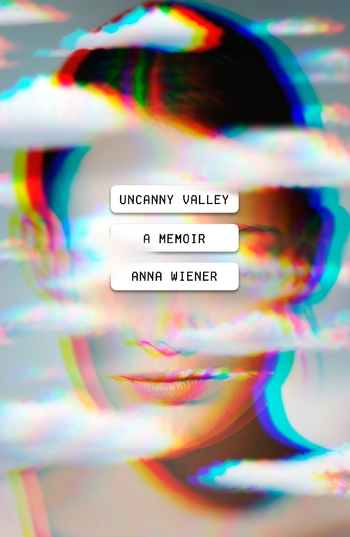 a review of Anna Wiener, Uncanny Valley: A Memoir (Macmillan, 2020)

Uncanny Valley, the latest, very well-publicized memoir of Silicon Valley apostasy, is, for sure, a great read.  Anna Wiener writes beautiful words that become sentences that become beautiful paragraphs and beautiful chapters.  The descriptions are finely wrought, and if not quite cinematic than very, very visceral.  While it is a wry and tense and sometimes stressful story, it’s also exactly what it says it is: a memoir.  It’s the story of her experiences.  It captures a zeitgeist – beautifully, and with nuance and verve and life. It highlights contradictions and complications and confusions: hers, but also of Silicon Valley culture itself.  It muses upon them, and worries them, and worries over them.  But it doesn’t analyze them and it certainly doesn’t solve them, even if you get the sense that Wiener would quite like to do so.  That’s okay.  Solving the problems exposed by Silicon Valley tech culture and tech capitalism is quite a big ask.

Wiener’s memoir tells the story of her accidental immersion into, and gradual (too gradual?) estrangement from, essentially, Big Tech.  A newly minted graduate from a prestigious small liberal arts college (of course), Wiener was living in Brooklyn (of course) while working as an underpaid assistant in a small literary agency (of course.) “Privileged and downwardly mobile,” as she puts it, Wiener was just about getting by with some extra help from her parents, embracing being perpetually broke as she party-hopped and engaged in some light drug use while rolling her eyes at all the IKEA furniture.  In as clear a portrait of Brooklyn as anything could be, Wiener’s friends spent 2013 making sourdough bread near artisan chocolate shops while talking on their ironic flip phones.  World-weary at 24, Wiener decides to shake things up and applies for a job at a Manhattan-based ebook startup.  It’s still about books, she rationalizes, so the startup part is almost beside the point.  Or maybe, because it’s still about books, the tech itself can be used for good.  Of course, neither of these things turn out to be true for either this startup, or tech itself.  Wiener quickly discovers (and so do her bosses) that she’s just not the right fit.  So she applies for another tech job instead.  This time in the Bay Area.  Why not?  She’d gotten a heady dose of the optimism and opportunity of startup culture, and they offered her a great salary.  It was a good decision, a smart and responsible and exciting decision, even as she was sad to leave the books behind.  But honestly, she’d done that the second she joined the first startup.  And in a way, the entire memoir is Wiener figuring that out.

Maybe Wiener’s privilege (alongside generational resources and whiteness) is living in a world where you don’t have to worry about Silicon Valley even as it permeates everything.  She and her friends were being willfully ignorant in Brooklyn; it turns out, as Wiener deftly shows us, you can be willfully ignorant from the heart of Silicon Valley too.  Wiener lands a job at one startup and then, at some point, takes a pay cut to work at another whose culture is a better fit.  “Culture” does a lot of work here to elide sexism, harassment, surveillance, and violation of privacy.  To put it another way: bad stuff is going on around Wiener, at the very companies she works for, and she doesn’t really notice or pay attention…so we shouldn’t either.  Even though she narrates these numerous and terrible violations clearly and explicitly, we don’t exactly clock them because they aren’t a surprise.  We already knew.  We don’t care.  Or we already did the caring part and we’ve moved on.

If 2013 feels both too early and too late for sourdough (weren’t people making bread in the 1950s because they had to?  And in 2020 because of COVID?) that’s a bit like the book itself.  Surely the moment for Silicon Valley Seduction and Cessation was the early 2000s?  And surely our disillusionment from the surveillance of Big Tech and the loss of privacy didn’t happen until after 2016? (Well, if you pay attention to the timeline in the book, that’s when it happened for Wiener too).  I was there for the bubble in the early aughts.  How could anyone not know what to expect?  Which isn’t to say that this memoir isn’t a gripping and illustrative mise-en-scène.  It’s just that in the era of Coded Bias and Virginia Eubanks and Safiya Noble and Meredith Broussard and Ruha Benjamin and Shoshana Zuboff… didn’t we already know that Big Tech was Bad?  When Wiener has her big reveal in learning from her partner Noah that “we worked in a surveillance company,” it’s more like: well, duh.  (Does it count as whistleblowing if it isn’t a secret?)

But maybe that wasn’t actually the big reveal of the book.  Maybe the point was that Wiener did already know, she just didn’t quite realize how seductive power is, how pervasive an all-encompassing a culture can be, and how easy distinctions between good and bad don’t do much for us in the totalizing world of tech.  She wants to break that all down for us.  The memoir is kind of Tech Tales for Lit Critics, which is distinct from Tech for Dummies ™ because maybe the critics are the smart ones in the end.  The story is for “us;” Wiener’s tribe of smart and idealistic and disaffected humanists.  (Truly us, right dear readers?)  She makes it clear that even as she works alongside and with an army of engineers, there is always an us and them.  (Maybe partly because really, she works for the engineers, and no matter what the company says everyone knows what the hierarchy is.)  The “us” are the skeptics and the “them” are the cult believers except that, as her weird affectation of never naming any tech firms (“an online superstore; a ride-hailing app; a home-sharing platform; the social network everyone loves to hate,”) we are all in the cult in some way, even if we (“we”) – in Wiener’s Brooklyn tribe forever no matter where we live – half-heartedly protest. (For context: I’m not on Facebook and I don’t own a cell phone but PLEASE follow me on twitter @sharronapearl).

Wiener uses this “NDA language” throughout the memoir.  At first it’s endearing – imagine a world in which we aren’t constantly name-checking Amazon and AirBnB.  Then its addicting – when I was grocery shopping I began to think of my local Sprouts as “a West-Coast transplant fresh produce store.”  Finally, it’s annoying – just say Uber, for heaven’s sake!  But maybe there’s a method to it: these labels makes the ubiquity of these platforms all the more clear, and forces us to confront just how very integrated into our lives they all are.  We are no different from Wiener; we all benefit from surveillance.

Sometimes the memoir feels a bit like stunt journalism, the tech take on The Year of Living Biblically or Running the Books.  There’s a sense from the outset that Wiener is thinking “I’ll take the job, and if I hate it I can always write about it.”  And indeed she did, and indeed she does, now working as the tech and start-up correspondent for The New Yorker.  (Read her articles: they’re terrific.)  But that’s not at all a bad thing: she tells her story well, with self-awareness and liveliness and a lot of patience in her sometimes ironic and snarky tone.  It’s exactly what it we imagine it to be when we see how the sausage is made: a little gross, a lot upsetting, and still really quite interesting.

If Wiener feels a bit old before her time (she’s in her mid-twenties during her time in tech, and constantly lamenting how much younger all her bosses are) it’s both a function of Silicon Valley culture and its veneration of young male cowboys, and her own affectations.  Is any Brooklyn millennial ever really young?  Only when it’s too late.  As a non-engineer and a woman, Wiener is quite clear that for Silicon Valley, her time has passed.  Here is when she is at her most relatable in some ways: we have all been outsiders, and certainly many of would be in that setting.  At the same time, at 44 with three kids, I feel a bit like telling this sweet summer child to take her time.  And that much more will happen to her than already has.  Is that condescending?  The tone brings it out in me.  And maybe I’m also a little jealous: I could do with having made a lot of money in my 20s on the road to disillusionment with power and sexism and privilege and surveillance.  It’s better – maybe – than going down that road without making a lot of money and getting to live in San Francisco.  If, in the end, I’m not quite sure what the point of her big questions are, it’s still a hell of a good story.  I’m waiting for the movie version on “the streaming app that produces original content and doesn’t release its data.”

Sharrona Pearl (@SharronaPearl) is a historian and theorist of the body and face.  She has written many articles and two monographs: About Faces: Physiognomy in Nineteenth-Century Britain (Harvard University Press, 2010) and Face/On: Face Transplants and the Ethics of the Other (University of Chicago Press, 2017). She is Associate Professor of Medical Ethics at Drexel University.