by Roderick A. Ferguson, University of Minnesota

Of José Munoz’s inspiring work, the argument in which I would most locate and recognize my own interests and solidarities would be his almost incantatory observation in Cruising Utopia: The Then and There of Queer Futurity. After calling for a queer politics that dares to “see or imagine the not-yet-conscious,” a politics that can derive much of its revolutionary energies from past insurgencies, he wrote, “The not-quite-conscious is the realm of potentiality that must be called on, and insisted on, if we are ever to look beyond the pragmatic sphere of the here and now, the hollow nature of the present. Thus, I wish to argue that queerness is not quite here; it is in the language of Italian philosopher Giorgio Agamben, a potentiality.”1 I am drawn to this argument in particular because it is clear that for José a very powerful realm of potentiality—one that can provide us with the resources for the not-quite-conscious, for the utopian future whose materiality we can find in the audacious dreams and visions of past formations—lies in and with minoritized communities and peoples themselves. Remember, for instance, that he opens the chapter from which the passage comes with the 1970 manifesto produced by that queer of color organization that disbanded almost as soon as it emerged—Third World Gay Revolution. In his chapter, the organization stands as a metaphor for that dazzling resource of all minoritized communities—that is, the power to yearn for and suggest something beyond the given state of affairs. And in many ways, he was, trying to encourage us to develop optics for seeing (where minoritized life is concerned) not only what “is” but what—if provided the conditions for its own liberation—“can be.”

In this way, his argument and indeed his work are rebuttals to those stultifying and empiricist methodologies that attempt to pin down the lives of queers, women, and people of color, pinning them down in that longstanding and misguided effort to capture their “true” and “unchanging” meanings. In this regard, we find José performing a maneuver that is characteristic of his work: the use of minoritized subjects as levers for epistemological and philosophical considerations. In addition, his work assumes political import as it excavates and rearranges critical formations like queer theory and Marxism to point to and call for insurrections in the current state of affairs, recognizing that the existing conditions never exhaust historical or social possibility. Here, he takes a page from Herbert Marcuse who argued, “to express and define that-which-is on its own terms is to distort and falsify reality. Reality is other and more than that codified in the logic and language of facts.”2

By coincidence or providence, I have been reading Howard Eiland and Michael W. Jennings’s biography Walter Benjamin: A Critical Life. There is a part in that text that makes me appreciate José’s originality and genealogy all the more and helps me figure out what to do with the space he left behind. In a summary of the young Benjamin’s 1913-1914 essay “Metaphysics of Youth,” Eiland and Jennings write, “What we do and think, [Benjamin] says, is filled with the being of our ancestors—which, having passed away, becomes futural. Each day, like sleepers, we use ‘unmeasured energies’ of the self-renewing past… In awakening its own historical resonance, the present gathers to a moment of decision, by which, rooted in the past, it grounds a future…”3 Queerness, like the figure of sleep for Benjamin, was José’s way of describing a practice that—while sometimes giving the appearance of disengagement—actually reprocesses the “unmeasured energies of a self-renewing past” to break new and non-normative ground.

2. Marcuse, “A Note on Dialectic,” in The Essential Frankfurt School Reader, ed. Andrew Arrato and Eike Gebhardt (New York: Continuum, 2000), 447.
Back to essay 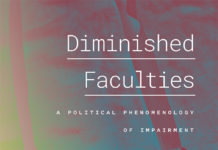 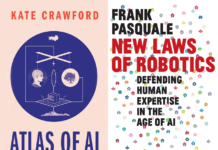