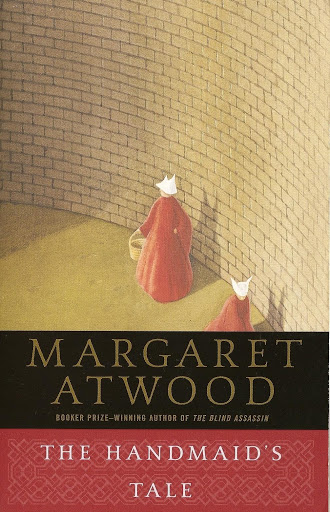 The period of intense anxiety that did not begin with Joe Biden’s undeclared electoral victory on November 3, 2020 and that has now (on November 15th) been stretched to the breaking point by the incumbent’s refusal to concede and by fears that he is preparing a coup attempt—this is not the ideal sort of moment for humanist academics to weigh in about. On the whole, we tend to write on a slower and more reflective timescale. We wait for the dust to settle. At least I do. I talk about books for a living, most of them books that weren’t published yesterday. When big news is being announced hour by hour and even minute by minute, each item potentially big enough to alter the political landscape and even to make it unrecognizable, my impulse is to shut up and listen.

I will match my personal disgust for the incumbent with anyone’s, blow for blow, round for round, point for point. But the spectacle would not be edifying. About the 70,000,000 who voted for him despite knowing what they might not have known about him in 2016 but had ample chance to find out over the past four years, I am no longer willing to bend over backwards, as so many of us did four years ago, putting most of the blame on the Clinton campaign and the Democratic National Committee for going to Wall Street instead of to Michigan and Wisconsin. Yes, that’s what they did, and odds are they’ll do it again, just as the pollsters will undercount the Trump voters of Michigan and Wisconsin again. Where racism and sexism and xenophobia are concerned, when those who are privileged by their whiteness and maleness and Americanness continue to translate equality as oppression, we are in for a very long haul.

Still, my own privilege has occasioned one small qualifying thought about the 70,000,000. I am cushioned both from the coronovirus and from its economic consequences: I can work from home, and my income has been unaffected.  I am not threatened with eviction. I do not own a small business that could very well go under for good. I am imagining, not having consulted such figures as are no doubt available, that a certain percentage of these Trump voters, and perhaps especially the slightly higher proportion of people of color who voted for him this time over last time, were inspired to do so by the pandemic. Not, of course, because they think Trump has dealt with it competently and responsibly, but because they have been rendered so economically desperate that they simply can’t take any more. Under those circumstances, I can conceive that Biden’s nuanced position on the pandemic would read simply as “lockdown” and Trump’s open-up-the-economy position would read as their only hope, in spite of the health risks to themselves and their loved ones. This thought helps me avoid falling into the “deplorables” trap, which this go-round has become harder to steer clear of.

While awaiting January 20th and the vaccine, relatively optimistic about both, I read books, think about them, teach them remotely.

The June 2020 issue of Harper’s includes a letter written by Albert Camus in 1943, during the Nazi occupation of France. Camus, whose novel The Plague (1947) has been enjoying a large and easily understandable revival since the outbreak of the novel coronavirus, says what he is called upon to say on behalf of the Resistance: “the only chance we have of improving our fate is to act, organize, and stay vigilant.” But the letter’s most striking words are “anguish” and “uncertainty.” For “we are watching history run its course, and know nothing about the intentions of those in charge.” You can see he feels that the intentions that matter, the intentions that dictate the course history will run, are the intentions of “those in charge,” not our intentions, and this is one reason for all the uncertainty and doubt, even about joining the Resistance. This also holds for the fictional plague-ridden Oran he was then inventing, which seen in retrospect takes some of its emotional too-bigness from the French occupation of Algeria (something Camus notoriously didn’t know what to do with) as well as the Nazis, and for that matter also from the historical plagues he was researching in order to write the novel. When the plague struck in the past, as he was learning, very little useful knowledge was available as to where it came from or what to do about it.

In today’s plague, however, useful knowledge is available. Actions and consequences have been pretty well aligned. Places whose leaders have done the right thing have reaped the benefits of their actions—a flattened curve, a drop in infections and mortality, the availability of equipment and hospital beds for when a next wave hits. Europe, where people got complacent and got hit by a second wave, is now locking down and already seeing the benefits of doing so. Places whose leaders haven’t done the right thing, like the US, have reaped the whirlwind, and will keep reaping it. To our vast surprise, history has made sense.

Is there a larger moral here? Acknowledging the absurdity or existential meaninglessness of things always makes you seem smart, and in a time of pandemic that disabused tone may even be inevitable. Who wants to sound dumb? But maybe intentions and consequences are not always mysteriously fated to misalign. Maybe the times demand that we read not just Camus, but H.G. Wells (see the NYRB July 23, 2020). Maybe we have underestimated the extent to which history, pace Camus, does after all have some meaningful outlines.

Camus is not wrong, on the other hand, when he suggests at the end of The Plague that plagues always come back. His plague is not just pre-modern, in the sense of being inexplicable; it is also metaphorical. It is inside all of us. That’s why it repeats and repeats, rendering history absurd. Wrong conclusion, but I am a little more inclined to forgive Camus for striking that “myth of Sisyphus” note even here, even about something as unfunny as a plague, because like many others I have also been re-reading Margaret Atwood’s The Handmaid’s Tale (1985), and Atwood makes more sense of the return of the plague. People forget that the immediate cause of the Christian reactionary coup in The Handmaid’s Tale is another plague, a plague of infertility caused by environmental toxicity. From this environmental perspective, Atwood’s pre-coup past doesn’t look so very good after all. She allows us to feel a certain subtle ambivalence even toward the austerity of the post-coup present, despite its hypocrisies and its violent authoritarianism. These are signs of a novel’s greatness. Like the MaddAddam trilogy that followed it, The Handmaid’s Tale is a prep session for the future plagues that have to be expected, after the inevitable relief that will follow the arrival of a vaccine and having an adult in the White House, as long as we keep steamrolling biodiversity and, more generally, mistreating the planet as we have been in the bipartisan habit of mistreating it. 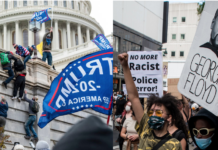