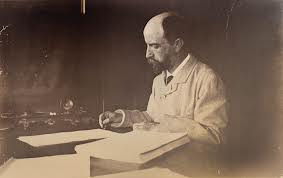 This volume of essays successfully challenges Henry Steele Commager’s assertion in 1937 (reprinted in this volume) that Henry Adams’ “chief significance” is not as a historian or philosopher or teacher or political thinker but as a self-proclaimed symbol of the 20th Century Man educated for the wrong century. It does so by devoting less attention to the author of The Education of Henry Adams than to the other Henry Adams: the editor of the North American Review, the political scientist, the historian, the late convert to the religious scholasticism of Thomas Aquinas, and the secret author of two novels. Nevertheless, The Education of Henry Adams, his most enduring literary achievement, functions as the pole star in this volume or, to mix my metaphors, a Rosetta Stone in reverse, its cryptic pronouncements re-interpreted in the light of Adams’ previous work in a variety of genres.

More than a few authors of these essays point out that Henry Adams’ worries about American democratic government are not that different from our own today. Can a politician beholden to a particular set of interests set those interests aside in the service of the greater, public good? Could such a “statesman” be elected (or re-elected) by popular vote? Have political parties hijacked American democracy? Do our elected officials understand enough about global finance to steer the American economy in rough waters? 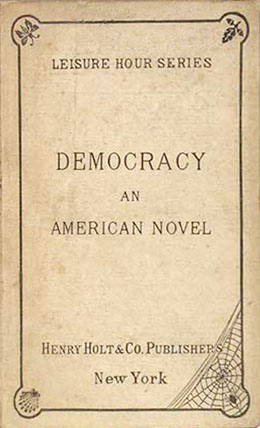 Do advances in technology threaten human control of government? Adams wasn’t optimistic about our solving any of these problems. As editor of The North American Review, Adams could criticize anything and everything that was wrong with American democracy, but he occupied that position in part because he saw that the political landscape of his country had changed so dramatically from the time his famous ancestors served as presidents and statesmen that it would be impossible for him to seek elected office himself. So rather than seek to join in the procession, he became engrossed in the study of it. He wrote biographies of important statesmen, a history of the United States, two novels (Democracy and Esther, published anonymously), a series of scholarly essays on American economics, finance, and politics, a book about the Middle Ages (Mont-Saint-Michel and Chartres), The Education of Henry Adams, mislabeled (and too often misunderstood) as an autobiography, and volumes of letters brilliantly analyzing how a changing world challenged democratic government. Henry Adams on the subject of American democracy is well worth listening to, if we know how to read him.

Other volumes in this series on the political thought of important American authors combine, like this one, new essays with reprinted ones, which is certainly a valid practice given the wealth of scholarship on the subject. But fewer than half of the essays in the Henry Adams volume are new essays. This may say something about the failure of Henry Adams (yet another one!) to attract a new generation of scholars. The best essays in this collection, with few exceptions, were written decades ago, and it may well be that Adams’ best commentators belonged to an earlier generation of scholars not represented here: Ernest Samuels, Earl N. Harbert, Charles Vandersee, William Jordy, and J.C. Levenson, to name a few. On the other hand, this is not a volume of essays written by literary scholars. The contributors come from other disciplines: history, government, and political science. One feels compelled to ask, then, are these Adams’ best readers? Well, clearly some of them are. Michael Colacurcio reads the two novels as covert explorations of pragmatism, Richard Samuelson contributes a historically nuanced reading of Adams’ 1894 Presidential Address to the American Historical Association, and James T. Young brilliantly interprets the evolution of Adams’ complex and evolving political views as they find expression in The Education of Henry Adams.

“Henry Adams on the subject of American democracy is well worth listening to, if we know how to read him.”

There is of course considerable value in bringing together in one place essays, new and old, on such a multifaceted topic, but there isn’t much that is “new” here. (Young’s essay, for example, is reprinted from his own book on Henry Adams, and Colacurcio’s essay is well known enough to be cited by many scholars.) One exception is Denise Dutton’s revisionist reading of Democracy in which she argues that we should not assume that Adams endorses his heroine’s political disillusionment, no matter how much it seems to mirror his own, for that would be reading the novel as autobiography (an all too common practice). Mrs. Madeleine Lee, Dutton argues, is a target of Adams’ satire (for her ambition, misguided sense of privilege, self-indulgence, and self-righteous “moral posturing”) as much as Senator Ratcliffe (for his overt political corruption), and therefore her rejection of American democracy should be regarded as “premature.” Dutton demonstrates that the secondary characters in the novel work together toward a common goal, affirming democracy’s promise, and that the “form” of the novel positions the reader as a participant in the process of negotiating disparate and often opposing views in order to arrive at sound and synthesizing conclusions, models for participation in a democracy for both elected officials and the people who vote for them. Dutton’s is the most radical and most positive reading of Adams’ political thinking in the collection, and the one most acutely attentive to narrative “form,” which Adams once admitted was always his primary interest in everything he wrote.

Any book that shines a light on Henry Adams, one of the most brilliant writers of his or any other generation, is most welcome. The editor of this one, Natalie Fuehrer Taylor, no doubt took on the project with the intention of re-examining the most important aspects and dimensions of Henry Adams’ political thought. Yet that intention is not entirely fulfilled. The volume tends to spin its wheels over the same set of issues (e.g. did Adams believe that history could become a science?) that have been examined before and sometimes to better purpose and effect by J. C. Levenson and company. Other dimensions of Adams’ political thought are missing altogether. There is no essay in this volume that examines Adams’ views on America’s foreign policy, on the uses and abuses of American power abroad, or on his influence upon his close friend John Hay, Secretary of State, in shaping that policy and exercising that power, all of which can be examined in The Letters of Henry Adams. Nor does the volume have much to say about Adams’ views on politically charged domestic issues, such as Westward expansion or Reconstruction in the South. Finally, the approaches to interpreting Adams’ texts are narrower in range than one might have a right to expect. There is nothing wrong, obviously, with “close readings” of the text informed by relevant historical contexts, but one might never know, reading this volume of essays on the political dimensions of literary production, that Fredric Jameson identified something we now recognize as “the political unconscious.” We can look backwards to Hayden White, John Carlos Rowe, and Paul Bové for more theoretically diverse readings of Henry Adams’ political thought, or look forward, hopefully, to a new generation of scholars.

Barry Maine is Professor of English at Wake Forest University. He is the author of “Portraits and Privacy: Henry Adams and John Singer Sargent,” in Henry Adams and the Need to Know (Charlottesville: University of Virginia Press, 2004), 177-205.

To follow all upcoming reviews (most immediately, from the University Press of Kentucky’s Political Companions to Great American Authors) click here.