an abstract by Lawrence Venuti
~
Despite the increased attention that translation has received in conjunction with the newly revived topic of “world literature,” translation research and practice remain marginal in Comparative Literature as the field has developed in the United States. The evidence takes various forms, institutional and intellectual, including reports on the state of the field, the curricula of departments and programs, anthologies adopted as textbooks, and recent research that promulgates a discourse of “untranslatability.” Even though Comparative Literature could not exist without the extensive use of translations, relatively few curricula require or even offer courses in translation theory, history, or practice. A key factor in this situation is an instrumental model that treats translation as the (usually inadequate) reproduction of an invariant contained in or caused by the source text, whether its form, meaning, or effect. Instrumentalism preempts a more productive understanding of translation as an interpretive act that inevitably varies the source text according to intelligibilities and interests in the receiving culture.

This essay examines several publications to consider the continuing suppression of translated texts by comparatists. Haun Saussy’s 2004 report to the American Comparative Literature Association, Comparative Literature in an Age of Globalization, reflects an uncertainty about what translation is and does: he argues that “A translation always brings across most successfully aspects of a work for which its audience is already prepared” but then asserts the implicitly contradictory view that “A translator always perturbs the settled economy of two linguistic systems.” The Longman Anthology of World Literature (2004), under the general editorship of David Damrosch, contains mostly English translations of foreign-language texts. Yet not until the second edition (2009) did the translations receive any editorial commentary which, however, adopts an instrumentalist rhetoric of loss.

Barbara Cassin’s influential “dictionary of untranslatables” searches for “mistranslations” to chart the history of philosophy. But any charge of mistranslation assumes that translation can and should reproduce a semantic invariant, an essential, unchanging meaning believed to be inherent in the source text but actually inscribed by the analyst—in other words, a rival interpretation. The elision of this inscription in the French edition (2004) privileges Cassin’s and her contributors’ poststructuralist, posthumanist discourse; in the English edition (2014), it validates the editors’ assimilation of the French text to the current critical orthodoxy in Comparative Literature. Both cases exemplify a narcissistic approach to linguistic and cultural difference that stops short of interrogating receiving institutions. Michael Wood deploys the “untranslatable” to consider “Translating Rilke” (2014) with the caution, “Let’s not reach for the ineffable, the notion of something mystically secreted in Rilke’s language.” Yet Wood explains the English translations as “searching not for a final or better version but something else, something closer to a sharing of what can’t be shared”—i.e., the ineffable. The impact of Cassin’s dictionary is most egregious in Emily Apter’s Against World Literature (2013), where the “untranslatable” is defined as “an incorruptible or intransigent nub of meaning,” not a variable interpretation, but a semantic invariant that enables judgments of mistranslation which favor her own interpretations. 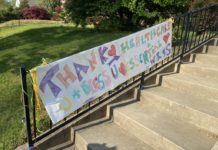 Muneeb Hafiz — What is a Key Worker? 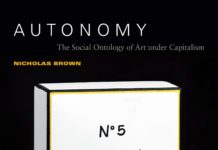 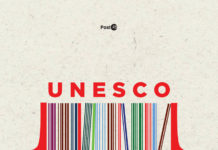 Joseph Slaughter — Who Owns the Means of Expression? (Review of Sarah Brouillette’s UNESCO and the Fate of the Literary)