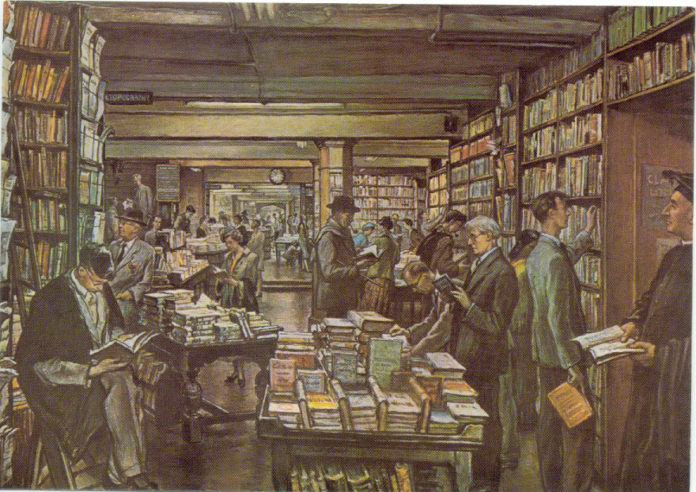 The organizers of the V21 Colloquium in Chicago invited my panel to “theorize the present,” by way of Friedrich Nietzsche’s critical account of historicism, On the Uses and Disadvantages of History for Life (1874). The problem is that I don’t think we’ve sufficiently theorized the past. In particular, I’m not sure that this contrast between the present (and its theories) and the past (by way of historicism) is fruitful without a fuller sense of how nineteenth-century historicism worked. This is part of the challenge of the “V21” mashup: how do features of the “Victorian” period operate in the 21st century? The critical and controversial account of “positivist historicism” that occupies the first four theses of the V21 Manifesto (V21 Collective 2015) suggests (in the spirit of Nietzsche) that nineteenth-century historicism was “bland,” and remains so today. But the nineteenth century gave birth to several different kinds of historicism, various “styles of reasoning” (as Ian Hacking has put it (1992)), that continue to enliven and shape our thinking about the past. Here I want to suggest — by way of Nietzsche’s essay — what a more comprehensive grasp of nineteenth-century historicism offers today.[i]

Nietzsche’s main argument, which censures an unreflective nationalism that sees history in terms of progress or achievement, aligns closely with the critique of Enlightenment historicism that Chakrabarty has given (2000: 244-9), and for that matter, that Karl Popper gave in The Poverty of Historicism (1957). These accounts closely link unitary narratives of progress, identified by Herbert Butterfield as a “Whig interpretation of history” that emerged after 1688 (Butterfield 1965: 11-12), with the “stadial” historicism of the Scottish Enlightenment, described by O’Brien as “a natural process of development in which societies undergo change through successive stages based on different modes of subsistence,” and typified in the writings of Adam Smith, Adam Ferguson, and Alexander Tytler (O’Brien 1993: 53). But I think we should set both progressive and stadial history aside — not because they aren’t important — but because they’re a legacy of Enlightenment thinking. Even if both remained major styles of C19 history, they don’t get at the emergent modes of historicism that more precisely characterize the nineteenth century and its claim on us. Insofar as we are Victorianists (and for that matter, Romanticists or Modernists), we need to ask: what are the historicisms peculiar to our period?

Nietzsche is a case in point. On the Uses and Disadvantages of History for Life, the second of Nietzsche’s four “Untimely Meditations,” extends upon the critical account of progressive history given in David Strauss: the Confessor and the Writer (1873), anatomizing specific schools of a “mighty historical movement” that was the pride of contemporary German scholarship (Nietzsche, 1997: 59). The taxonomy Nietzsche offers is not important here (though, in his analysis, “monumental” history has both progressive and stadial features). What is striking is that this taxonomy does not include the mode of historicism Nietzsche deploys in the essay, a strategy of critical juxtaposition and differentiation that makes such taxonomies possible. Yet Nietzsche recognizes his own strategy as a mode of historical reasoning rooted in his study of ancient literature. As he acknowledges in the forward, “I do not know what meaning classical studies could have for our time if they were not untimely — that is to say, acting counter to our time and thereby acting on our time and, let us hope, for the benefit of a time to come” (Nietzsche 1997: 60, emphasis added). This startling admission embraces historicism, not simply as an object of critique within David Strauss or On the Use and Abuse of History, but as the critical location of the “untimely” itself — an untimely historicism, produced through an oppositional reading of the past, that grounds Nietzsche’s critical method.

Here we recognize the seeds of Nietzsche’s genealogical approach, a way of using historical juxtaposition to expose the discontinuities of history. As reworked by Foucault, this contrastive strategy continues to condition historical scholarship (see Foucault 1980: 139-64). The important point is that this is still a kind of historicism, an untimely historicism that emerges in the nineteenth century, and which continues to shape the collection of strategies and critical methods we invoke when we theorize the past.

This is the nineteenth-century historicism that we need to account for. Conveniently for me, Nietzsche’s formulation bumps into my own work, which recognizes untimely historicism as one feature of the wider comparative turn in nineteenth-century thinking about history. In my view, various nineteenth-century genres of the past — from economic history, to natural history, to historical fiction — collaborated in formulating a new comparative historicism; one that refurbished analogy as an analytic that considered the multiplicity of narratives that constitute the past, and connect the past to an uneven present (see Griffiths, 2016). This stood, and continues to stand in our critical practice, in contrast to an Enlightenment emphasis upon unitary narratives — whether those unitary narratives tell a story of progress or assume a universal pattern of transformation. Comparative historicism provided a way to think, within history, about the patterns of the many rather than the coherence of the one. Rather than narrative, the pattern between narratives; rather than the whole, relations and distinctions between and within wholes. Insofar as this furnished a way of reading history comparatively, in terms of differentiation and juxtaposition, Nietzsche was as much a nineteenth-century inheritor of this style of historical reasoning as Charles Darwin, Charles Dickens, or Karl Marx (Griffiths 2013).

Comparative historicism continues to shape our work. It connects the study of homologies between text and historical context (as Alan Liu points notes, the constitutive analogies of New Historicism (1989)) to the study of repetition and filiation across time and space (say, Wai Chee Dimock’s fractals (2006)).[ii] It underwrites various methods of relational interpretation, from Shu-mei Shih’s “relational comparison” (2013) to the analogies of “identity/difference” that, in Andrew Cole’s view, organized dialectical thought and, by these means, gave “birth” to modern critical theory (2014: 35).[iii] The point is not just that all theories are embedded in history, but that much of critical thought is founded on thinking about history comparatively. Hence our constant use of analogy’s vocabulary in our own writing, whether formulated in terms of analogy or its usual cognates: homology, allegory, metaphorization, alignment, relation, and reflection. Rather than singular plots, we emphasize parallelism, divergence, correspondence, filiation, exclusions, and alternatives. Rather than wholes, we speak of assemblages, relations, mixtures, networks, family resemblances, multiple centers, and multiple peripheries.

The Chicago V21 conference was bracing, warm, and characterized by lively disagreement. At the end of the day, no one really seemed to believe that historicism and theory are in opposition, least of all in our writing and teaching. My claim here is that we can better see why this must be so if we recognize, within nineteenth-century historicism, a key resource for contemporary theory. To read C19 historicism this way is to ask for the timely recognition that it’s both part of our present and a stubborn but resourceful part of our C21 future.

This paper was first presented at the V21 Colloquium at the University of Chicago. I am grateful for our discussions at that gathering.

Manning, Susan. 2010. “Antiquarianism, the Scottish Science of Man, and the Emergence of Modern Disciplinarity.” In Scotland and the Borders of Romanticism, edited by Leith Davis, Ian Duncan, and Janet Sorensen, 57-76. New York: Cambridge University Press.

[i] The other main object of the historicist critique is the idea of a history for its own sake, which the Manifesto describes as “bland antiquarianism” (V21 Collective 2015). I think this is misplaced. As Manning (2010) has shown, the comic figure of the antiquarian long served to justify more “philosophic” or “scientific” approaches to history. Yet Heringman (2013) has recently explored how antiquarianism developed sophisticated critical methodologies that continue to shape our understanding of the past. More generally, this critique (which Nietzsche also takes up) capitalizes on the notion of historicism as a fantasy of immersion, an escape into the minutiae of the past, sometimes given in shorthand as the ambition to tell the past (as Leopold von Ranke put it) “as things actually happened.” Yet, far from expressing a naïve faith in the historian’s craft, Ranke’s famous statement was a caution against reading the past as a precursor to the present. His point was that the past is “actually” radically different from the present; its autonomy and complexity demand respect (see Beiser 2011: 268-77).

[ii] As Liu puts it, “What is merely ‘convenient’ in a resemblance between context and text (in Foucault’s sense of contiguity) soon seems an emulation; emulation is compounded in analogy; and, before we know it, analogy seems magical ‘sympathy’: a quasi-magical action of resemblance between text and context” (Liu 1989: 743).

[iii] Shih derives the concept of relational comparison from Glissant (1997).

Devin Griffiths is Assistant Professor of English at the University of Southern California.  His book The Age of Analogy: Science and Literature Between the Darwins is forthcoming from Johns Hopkins UP. 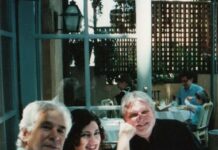