We live in an age of heterogenous anarchism. Contingency is king. Fluidity and flux win over solidity and stasis. Becoming has replaced being. Rhizomes are better than trees. To be political today, one must laud horizontality. Anti-essentialism and anti-foundationalism are the order of the day. Call it “vulgar ’68-ism.” The principles of social upheaval, so associated with the new social movements in and around 1968, have succeed in becoming the very bedrock of society at the new millennium.

But there’s a flaw in this narrative, or at least a part of the story that strategically remains untold. The “reticular fallacy” can be broken down into two key assumptions. The first is an assumption about the nature of sovereignty and power. The second is an assumption about history and historical change. Consider them both in turn.

(1) First, under the reticular fallacy, sovereignty and power are defined in terms of verticality, centralization, essence, foundation, or rigid creeds of whatever kind (viz. dogma, be it sacred or secular). Thus the sovereign is the one who is centralized, who stands at the top of a vertical order of command, who rests on an essentialist ideology in order to retain command, who asserts, dogmatically, unchangeable facts about his own essence and the essence of nature. This is the model of kings and queens, but also egos and individuals. It is what Barthes means by author in his influential essay “Death of the Author,” or Foucault in his “What is an Author?” This is the model of the Prince, so often invoked in political theory, or the Father invoked in psycho-analytic theory. In Derrida, the model appears as logos, that is, the special way or order of word, speech, and reason. Likewise, arkhe: a term that means both beginning and command. The arkhe is the thing that begins, and in so doing issues an order or command to guide whatever issues from such a beginning. Or as Rancière so succinctly put it in his Hatred of Democracy, the arkhe is both “commandment and commencement.” These are some of the many aspects of sovereignty and power as defined in terms of verticality, centralization, essence, and foundation.

(2) The second assumption of the reticular fallacy is that, given the elimination of such dogmatic verticality, there will follow an elimination of sovereignty as such. In other words, if the aforementioned sovereign power should crumble or fall, for whatever reason, the very nature of command and organization will also vanish. Under this second assumption, the structure of sovereignty and the structure of organization become coterminous, superimposed in such a way that the shape of organization assumes the identical shape of sovereignty. Sovereign power is vertical, hence organization is vertical; sovereign power is centralized, hence organization is centralized; sovereign power is essentialist, hence organization, and so on. Here we see the claims of, let’s call it, “naïve” anarchism (the non-arkhe, or non foundation), which assumes that repressive force lies in the hands of the bosses, the rulers, or the hierarchy per se, and thus after the elimination of such hierarchy, life will revert so a more direct form of social interaction. (I say this not to smear anarchism in general, and will often wish to defend a form of anarcho-syndicalism.) At the same time, consider the case of bourgeois liberalism, which asserts the rule of law and constitutional right as a way to mitigate the excesses of both royal fiat and popular caprice.

We name this the “reticular” fallacy because, during the late Twentieth Century and accelerating at the turn of the millennium with new media technologies, the chief agent driving the kind of historical change described in the above two assumptions was the network or rhizome, the structure of horizontal distribution described so well in Deleuze and Guattari. The change is evident in many different corners of society and culture. Consider mass media: the uni-directional broadcast media of the 1920s or ’30s gradually gave way to multi-directional distributed media of the 1990s. Or consider the mode of production, and the shift from a Fordist model rooted in massification, centralization, and standardization, to a post-Fordist model reliant more on horizontality, distribution, and heterogeneous customization. Consider even the changes in theories of the subject, shifting as they have from a more essentialist model of the integral ego, however fraught by the volatility of the unconscious, to an anti-essentialist model of the distributed subject, be it postmodernism’s “schizophrenic” subject or the kind of networked brain described by today’s most advanced medical researchers.

Why is this a fallacy? What is wrong about the above scenario? The problem isn’t so much with the historical narrative. The problem lies in an unwillingness to derive an alternative form of sovereignty appropriate for the new rhizomatic societies. Opponents of the reticular fallacy claim, in other words, that horizontality, distributed networks, anti-essentialism, etc., have their own forms of organization and control, and indeed should be analyzed accordingly. In the past I’ve used the concept of “protocol” to describe such a scenario as it exists in digital media infrastructure. Others have used different concepts to describe it in different contexts. On the whole, though, opponents of the reticular fallacy have not effectively made their case, myself included. The notion that rhizomatic structures are corrosive of power and sovereignty is still the dominant narrative today, evident across both popular and academic discourses. From talk of the “Twitter revolution” during the Arab Spring, to the ideologies of “disruption” and “flexibility” common in corporate management speak, to the putative egalitarianism of blog-based journalism, to the growing popularity of the Deleuzian and Latourian schools in philosophy and theory: all of these reveal the contemporary assumption that networks are somehow different from sovereignty, organization, and control.

Consider the kind of methods and concepts still popular in critical theory today: contingency, heterogeneity, anti-essentialism, anti-foundationalism, anarchism, chaos, plasticity, flux, fluidity, horizontality, flexibility. Such concepts are often praised and deployed in theories of the subject, analyses of society and culture, even descriptions of ontology and metaphysics. The reticular fallacy does not invalidate such concepts. But it does put them in question. We can not assume that such concepts are merely descriptive or neutrally empirical. Given the way in which horizontality, flexibility, and contingency are sewn into the mode of production, such “descriptive” claims are at best mirrors of the economic infrastructure and at worse ideologically suspect. At the same time, we can not simply assume that such concepts are, by nature, politically or ethically desirable in themselves. Rather, we ought to reverse the line of inquiry. The many qualities of rhizomatic systems should be understood not as the pure and innocent laws of a newer and more just society, but as the basic tendencies and conventional rules of protocological control.

Alexander R. Galloway is a writer and computer programer working on issues in philosophy, technology, and theories of mediation. Professor of Media, Culture, and Communication at New York University, he is author of several books and dozens of articles on digital media and critical theory, including Protocol: How Control Exists after Decentralization (MIT, 2006), Gaming: Essays in Algorithmic Culture (University of Minnesota, 2006); The Interface Effect (Polity, 2012), and most recently Laruelle: Against the Digital (University of Minnesota, 2014), reviewed here earlier in 2014. Galloway has recently been writing brief notes on media and digital culture and theory at his blog, on which this post first appeared. 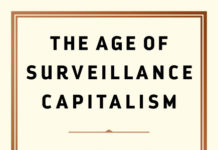 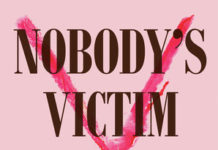