an essay by Charles Bernstein
~
In November 2014, my wife, Susan Bee, and I visited Lodz and Warsaw, Poland, for the first time, along with our friend, the poet Tracie Morris. Susan’s mother was born in Lodz, moving to Berlin when she was around five. When I spoke at the American centers at the University of Lodz and Warsaw, I acknowledged standing on the ground of a great experiment from the decade before I was born, which aimed to expel difference in order to increase harmony through sameness, but the move toward homogenization versus miscegenation is powerful in the Americas as well, since the poetics of the Americas is the continuation of European poetics by other means.

When I explore the poetics of representation of the Systematic Extermination Process, I said in Warsaw, I don’t do so as an American looking at Poland and Germany but as someone whose intellectual and cultural foundations are European. I feel it as much my story as anyone else now alive and that a part of European culture destroyed here lives on with me, in and as an American, and is expressed through a commitment to the syncretic and miscegenated poetics of Americas.

The aversion of an originary or authentic or correct language is foundational for the poetics of Americas and makes a sharp contrast with those European (and American) nationalists that place a single language as fundamental to national or literary identity or who work to police national identities in ways that go beyond being born in a place, which, unlike in parts of Europe, is sufficient for U.S. citizenship. Several years ago, at the urging of my daughter, my father-in-law, who was born and grew up in Berlin, tried to reclaim his German citizenship under repatriation laws. His request was denied because he had never actively claimed this citizenship during the Nazi period, when he was a teenager. He was told that he was Polish, the country of origin of his parents. But he would be unable to claim Polish citizenship because, for that, knowledge of Polish is required; Yiddish was not then, nor is it now, considered a proper language of this nation, which was just the problem in the first place, now compounded. (As long as monoculture laws stand in Poland, the stain of the destruction of the Jews will be ineradicable.)

The power of American poetry comes from the mixing of many languages and the resistance to the dominance of any one language, including English – or anyway and one kind of English. As I argue in “The Poetics of the Americas” in My Way: Speeches and Poems, it is the overturning of standard English by second languages and vernacular/dialect speakers that defines American poetry, which is not to say that there is no resistance to this idea in America.

The question of who owns a nation or a people is not, of course, just one of language. We can say in the U.S. that Occupy Wall Street raised the specter of the one percent whose control is through cultural tolerance combined with economic dominance. But the closer analogy in the U.S. for the systematic extermination process here is the mass incarceration of African-American young men, stripping them of opportunities to fully participate in American cultural and economic life.1 In Poland, you have about 224 prisoners per 100,000 people, in the US it’s over 750 but for some age groups of black men it’s over 10,000, one in nine people in that population. More than one in three young black men without a high school diploma is currently behind bars.2

In Warsaw, we found an extraordinary new museum created as if from ashes. POLIN: The Museum of the History of Polish Jews is a site-specific work, situated on the ground of the Jewish Ghetto and as such serving as a memorial as well as a tribute to those who fought in the uprising. The museum’s main entrance is directly across from the more traditional and figurative “Monument to the Ghetto Heroes”, which was erected in 1948. The meaning of the museum is fundamentally connected to its location: as we descended into the core exhibition on the lower level, a ghostly presence makes itself felt and was a constant, and welcome, companion. This is a museum not of artifacts but of the historical record. POLIN overwhelms not with abstract splendor or holocaust memorial kitsch (as in the statue in front of Berlin’s Friedrichstrasse station, of children going off to “camp” as if the camp was “summer” and not “death”).3 This is a museum of deep, or thick, description. In place of sentimental, monumental, or abstract gestures of loss, icons that mark an absence, POLIN, in its core exhibition, curated by Barbara Kirchenbaum-Gimlet, provides a superfluity of what was present to substantiate (and transubstantiate) what has been lost. The museum is a not a funeral pyre but a living archive of what the Jews called Po-Lan when they arrived in the Middle Ages. And it succeeds in making indelible the presence of the Jews in and as Poland: not an eradicated blip in Polish history but as ineradicable thread in the fabric of Poland. Ineradicable even after being eradicated. As in Poe’s “Tell-tale Heart” –– under the floorboards that seem to seal us off from the ground, is a beating heart –– or here, let’s just say, once the floor board that covers the ground is removed, a vast underground cavern is revealed, as deep as the world and as wide as possibility. This cavern is not filled with broken rocks or statuettes of forlorn children. As we look into it more closely, we can see that it is a book.

Jane Eisner’s “Chasing Ghosts, Reviving Spirits: The Fall and Rise of Poland’s Jews” provides account of a trip to Poland at the same time as ours; and, indeed, Eisner’s experiences were close to ours.4 A number of Polish commentators on this article lamented the author’s failure to blame the Nazi’s for the systematic extermination of the Polish Jews or that she failed to acknowledged the horrific suffering of many Polish people during the war. As Benjamin might have said, history is written by the (self-) righteous. He made me do it. POLIN brings the horse of denial to the water but it doesn’t make it drink. In that sense, the museum is programmatically gentle, a wise choice. There is much documentation of the role the Jewish ghetto police played in the extermination process. As for Polish complicity, there is a small placard that notes, with a bloodless tone, that Poles had their own battles to fight and their own everyday lives to live; most stood by and did nothing. (And that leaves out the active participation, and profit, on part of many Poles but also the active resistance on the part of some others.) Daddy, what did you do during the war? POLIN starkly documents the continuing anti-Semitic terror in Poland during what the Poles call the “Communist time”: under this new post-Nazi regime, most of the remaining Polish Jews left Poland – but not to the Poles but rather to what was left of them. The Jewish extermination in Poland was a Polish extermination or, let’s just say, the blood is mixed on the ground. It’s not a blame game, it’s a change game.

I SURVIVED THE MUSEUM OF THE HISTORY OF POLISH JEWS

On our final evening in Warsaw, we went to see the last remains of all the Jewish Ghetto, with bullet-ridden walls over which stenciled words say “never forget” and “truth.” There was one small peephole on a stone wall, similar to Duchamp’s peephole for “Étant donnés.” The view opened onto a dark, stagnant alley, caught in a time neither now nor then, a liminal space haunted by its own aching hollowness. On the other side of the alley was a window with a flickering light; someone was still there, barely there. In a year this last remnant of the ghetto will be covered over with new, chic shops, where perhaps you will be able to buy a figurine of an old Jew floating in amber. Maybe the one we nearly saw in the ghostly light that last night.

1. The House I Live In, a 2012 film by Eugene Jarecki, makes a compelling case for this analogy. Back to the essay

3. One of the Kindertransport Sculptures by Frank Meilser, “Trains to Life – Trains to Death” (2008): “Standing at the Friedrichstrasse Railway Station this bronze sculpture commemorates 1.6 million children murdered in the Holocaust and 10,000 children whose lives were saved by being granted entry into England in 1938.” The site includes images and a line of Meisler’s Jewish kitsch figurines. Ten thousand divided by 1.6 million comes to .00625 (but whose counting?). Back to the essay

4. Jewish Daily Forward, Nov. 30, 2014. forward.com/articles/209962/chasing-ghosts-reviving-spirits-the-fall-and-risee Back to the essay 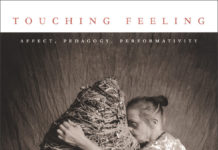